Quote:
This documentary deals with work, poverty, violence, love and sex. A film about human beauty in twelve chapters which tells the tales of people from Bombay, Mexico City, Moscow and New York, who are all struggling for survival, with ingenuity, intelligence and dignity. They all share the dream of a better life. END_OF_DOCUMENT_TOKEN_TO_BE_REPLACED

Quote:
Ratz wishes he could kill his father who is an Austrian Minister. At least virtually. He develops a computer game that allows him do so as often as he pleases. On the opposite path, we follow Jonas’ suspenseful journey who has devoted his entire life tracking the Nazi Official who killed his father and who, as the records state, is in hiding. One day, Mimi, Ratz’ first love, calls him up from New York to join her and renovate a cellar. She promises him in return to help him sell his video game. This will unexpectedly bring Ratz face to face with uncomfortable questions about history and his own filial relationships to his father. END_OF_DOCUMENT_TOKEN_TO_BE_REPLACED

Quote:
A look at what people from different countries suffer in order to have a job. Includes a coal miner in the Ukraine, a slaughterhouse worker in Nigeria, a sulfur miner in Indonesia, a steel worker in China, and a ship-breaker in Pakistan. END_OF_DOCUMENT_TOKEN_TO_BE_REPLACED

Quote:
As a documentary filmmaker, Austrian director Michael Glawogger isn’t interested in advocacy or journalistic exposé, and while he allows some scenes to unfold before the camera, he isn’t of the strict fly-on-the-wall vérité school, either. Following up 2005’s Workingman’s Death, his stunning tour through five of the world’s most hazardous labor sites, Whores’ Glory similarly explores a triptych of poverty-ravaged prostitution sites, spending equal time in a Bangkok brothel, the red-light district in Bangladesh, and a complex of bars and single-room barracks called “The Zone” in Reynosa, Mexico. END_OF_DOCUMENT_TOKEN_TO_BE_REPLACED

Synopsis:
Sebastian and Alex are two egocentric yuppies who stockpile underhanded up-skirt shots and bully others for their own amusement. On a night out they come across an inebriated man passed-out on a park bench and decide to prank him by smuggling him across the border. END_OF_DOCUMENT_TOKEN_TO_BE_REPLACED 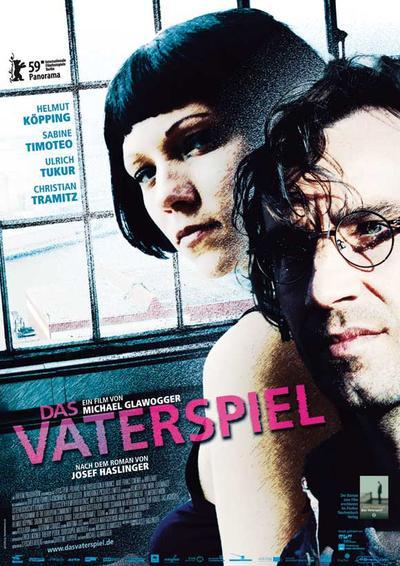 “An Austrian videogame designer (Helmut Köpping) who has turned his pathological hatred for his politician father into a life’s mission to create a father-killing videogame, ends-up, through a set of curious circumstances, renovating the basement hideout in Long Island of a Lithuanian Nazi. ” END_OF_DOCUMENT_TOKEN_TO_BE_REPLACED 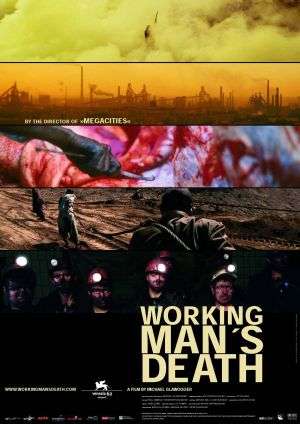 Quote:
After you see this film, you’ll never complain about your job again. Subtitled something like “Five Portraits of Work in the Twenty-First Century,” Glawogger’s documentary features some of the most dangerous, difficult, or just plain unpleasant work in the world.

Each segment except the last one is about twenty-five minutes long, and is shot without any voice-over narration and very little editorializing. We are simply presented with people working and talking about their work. The director possesses a very painterly sense of composition, and we’re often presented with shots of workers posing as if they were in front of a still camera. The camera-work is even more impressive when it is moving, and I often found myself wondering how they were able to film in some of these conditions. END_OF_DOCUMENT_TOKEN_TO_BE_REPLACED