Forest fires burn in Sumatra; a smoke covers Kuala Lumpur. Grifters beat an immigrant day laborer and leave him on the streets. Rawang, a young man, finds him, carries him home, cares for him, and sleeps next to him. In a loft above lives a waitress. She sometimes provides care and attention. More violence seems a constant possibility. They find another man abandoned on the street, paralyzed. They carry him. While no one speaks to each other, sounds dominate: coughing, cooking, coupling, opening bags; music and news reports on a radio, the rattle and buzz of a restaurant. It’s dark in the city at night. We see down hallways, through doors, down alleys. Who sleeps with whom? END_OF_DOCUMENT_TOKEN_TO_BE_REPLACED

Quote:
Kang lives alone in a big house, Non in a small apartment in town. They meet, and then part, their days flowing on as before. END_OF_DOCUMENT_TOKEN_TO_BE_REPLACED 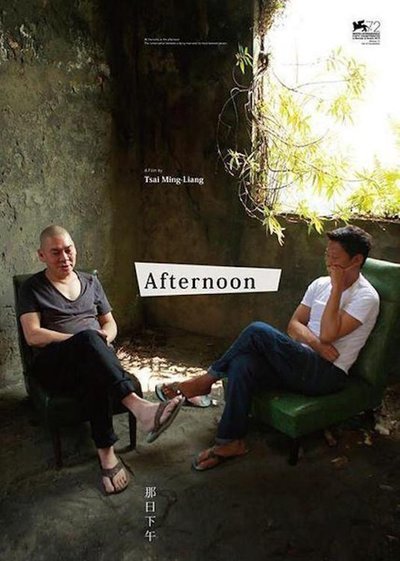 Quote:
This conversation between Taiwanese auteur Tsai Ming-liang and his muse Lee Kang-sheng illuminates one of the great actor-director collaborations in cinema history. END_OF_DOCUMENT_TOKEN_TO_BE_REPLACED

Quote:
Hsiao-Kang, now working as a pornographic actor, meets Shiang-chyi once again. Meanwhile, the city of Taipei faces a water shortage that makes the sales of watermelons skyrocket. END_OF_DOCUMENT_TOKEN_TO_BE_REPLACED

Quote:
An unemployed young man named Hsiao-Kang (Lee Kang-sheng) passes idle time at a local Taipei mall when he encounters an old friend (Chen Shiang-chyi) on the opposite escalator. With time on his hands, he agrees to accompany her back to the location shoot where she is working as a production assistant for a film. At the site, the director is displeased with the unrealistic appearance of a mannequin intended to represent a dead body floating on the river, and asks the aimless Hsiao-Kang to act as a stand-in for the shot. END_OF_DOCUMENT_TOKEN_TO_BE_REPLACED

Quote:
All the Corners of the World sees the family unit as a disaster waiting to happen. Mr and Mrs Chang live in Taipei’s Hsi-Men-Ding (the city’s entertainment/red light/nightlife district) with their teenaged kids. The parents work as cleaners in a “love hotel” and send the kids out to work as ticket scalpers, block-buying seats for hit movies like A City of Sadness and reselling them at a profit. Tragedy strikes when the daughter Mei-Hsueh flirts with the idea of prostituting herself and changes her mind at the last moment, leaving her first client with injuries that put him on the critical list. The focus throughout is on the son Ah Tong, who has a latent talent as a writer that is never going to flower. END_OF_DOCUMENT_TOKEN_TO_BE_REPLACED 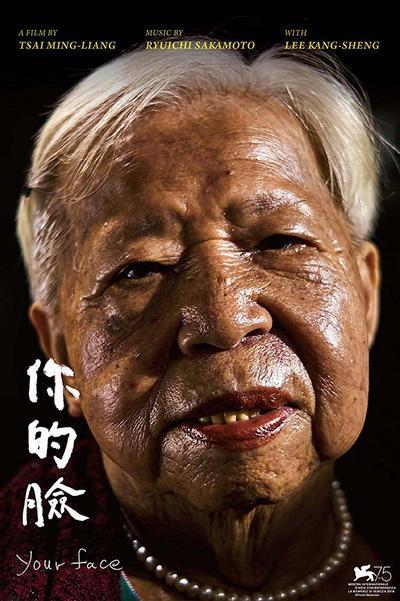 Radically rethinking the tired talking-heads template, Tsai Ming-liang’s latest digital experiment turns the human face into a subject of dramatic intrigue. Comprised of a series of portrait shots of mostly anonymous individuals (Tsai devotees will no doubt recognize his long-time muse, Lee Kang-sheng), the film shrewdly deemphasizes language while reducing context to a bare minimum. In their place, the beauty and imperfections of each face take center stage. Accompanied by Ryuichi Sakamoto’s soundtrack of dynamically modulating drone frequencies, Tsai’s subjects variously speak, stare, and, at one point, sleep as the camera quietly registers the weight of personal history and accumulated experience writ beautifully across every last pore and crevasse.
—NYFF END_OF_DOCUMENT_TOKEN_TO_BE_REPLACED