Synopsis-
Nothing is common between the two men to ever meet and understand each other; neither the origin of the British administration of imperial time nor the primitive culture of the tribal from the jungle in central India. Nothing is common but the sharing of a common passion: hunting.

To both of them a big game is a game, a prey is a prey; this is probably why Ghinua, the young hunter and a loving husband, reacts like a terrible “hunter” when the usurer-landlord steals his wife. He slays him as the wild pigs have to be slain when they destroy harvest, or a tiger when he lifts a child. An avenged man, he brings his trophy, the head of the most mischievous game in his area, to the only man who will understand him, the English sahib, the other hunter. END_OF_DOCUMENT_TOKEN_TO_BE_REPLACED

Synopsis:
Ranjit is a young man who has been assured a lucrative job in an Indo-British firm by a family friend. All he has to do is turn up for the interview dressed in a western-style suit. As luck would have it, all city laundries are on strike that morning, and his only suit is dirty. The film is a frantic search for a new suit to be borrowed from any of his friends, to make it in time for the interview. END_OF_DOCUMENT_TOKEN_TO_BE_REPLACED

Mrinal Sen – Akaler Sandhane AKA In Search of Famine (1980)

Synopsis
A movie about making a movie. A young, idealistic director arrives in a village to make a picture set during the Great Bengal Famine. It’s a film that he hopes will reveal the problems and privations still current in rural India.

The time is immediately before World War II. The place a remote village in Bengal. Priyanath, a middle aged man and the last offspring of a once wealthy family, gets married to a lovely teenage girl to please his widowed mother. Overcoming the initial inhibitions, he starts enjoying the happiness of a normal married life. END_OF_DOCUMENT_TOKEN_TO_BE_REPLACED

Plot synopsis:
The bread-winning daughter in a middle-class family fails to return from work one evening. The night begins with worries at home, followed by midnight searches and finally a deepening crisis arising out of economic and moral constraints prevalent in the society. Yet the film speaks of hope, of strength hidden behind despair. END_OF_DOCUMENT_TOKEN_TO_BE_REPLACED

Synopsis
A political activist escapes the prison van and is sheltered in a posh apartment owned by a sensitive young woman. Both are rebels: the activist against political treachery and the other on social level. Both are bitter about badly organized state of things. Being in solitary confinement, the fugitive engages himself in self-criticism and, in the process, questions the leadership. Questions are not allowed, obeying that is mandatory. Displeasure leads to bitterness, bitterness to total rift. The struggle has to continue, both for the political activist, now segregated, and the woman in exile. END_OF_DOCUMENT_TOKEN_TO_BE_REPLACED 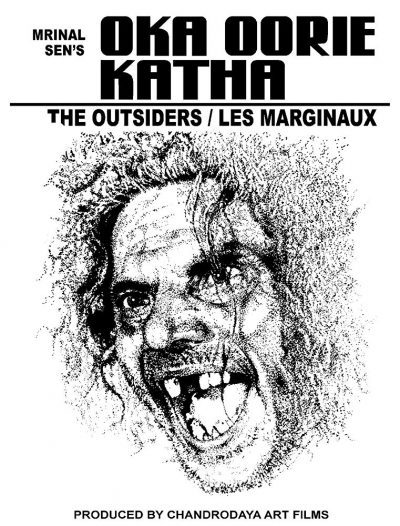 Quote:
The father of a son living on the fringes of a village believes that working is a fools game, for the lord takes what little the workers make. When a young woman enters their home tensions begin to rise and their idle life is threatened. END_OF_DOCUMENT_TOKEN_TO_BE_REPLACED