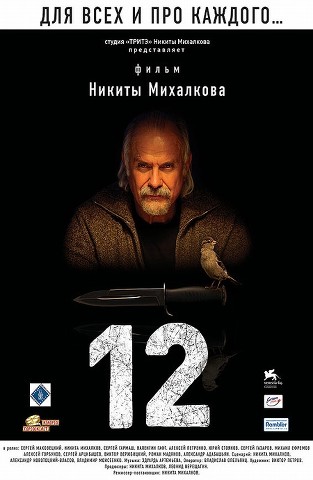 A loose remake of 12 Angry Men (1957), set in a Russian school in the war-torn republic of Chechnya. 12 jurors are struggling to decide the fate of a Chechen teenager (Apti Magamaev) who allegedly killed his Russian stepfather. The jurors: a racist taxi-driver, a suspicious doctor, a vacillating TV producer, a Holocaust survivor, a flamboyant musician, a cemetery manager, and others represent the fragmented society of modern day Russia. Amidst the battle between Chechens and Russians outside, a stray bird (a touch of New Age cinema) is flying above the jurors heads, alluding to tolerance. Written by Steve Shelokhonov
END_OF_DOCUMENT_TOKEN_TO_BE_REPLACED 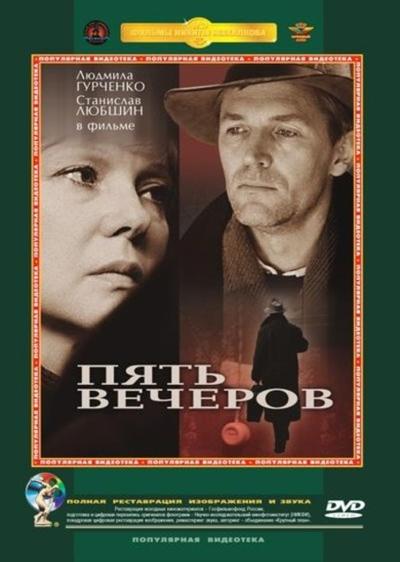 Quote:
Based on the play by Alexander Volodin. The set is the 1950s. The tangible world of an old communal apartment is recreated onscreen with an incredible accuracy, every thing capturing the flair of the time. The stylized visuals, the curious objects, the amusing inhabitants, so charming and exotic… There are all the marks of the ‘retro’ style, which is always ‘in’. The actors Ludmila Gurchenko and Stanislav Lyubshin succeeded in conveying everything that they couldn’t say openly. The finale allows for different interpretations. Hence the emotions evoked by this impeccably made melodrama appear to be even more poignant.Once Alexander and Tamara were in love. But the war had separated them… Twenty long years after, they meet again, but they lack the courage to admit that their feelings are still alive. Unable to overcome their pride, they try to convince each other that both are doing just fine…
END_OF_DOCUMENT_TOKEN_TO_BE_REPLACED 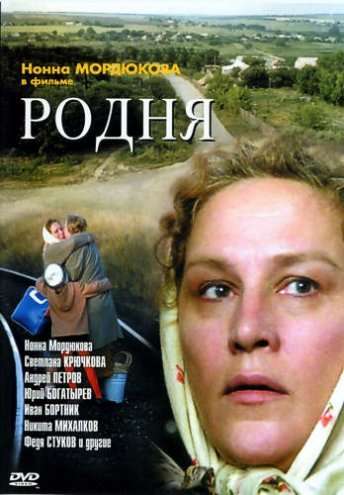 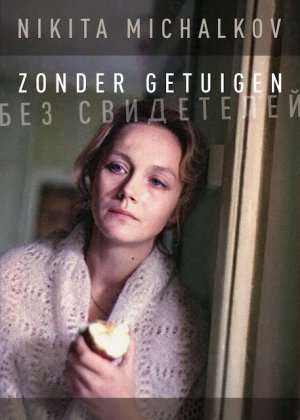 It is the story of two people who once loved each other. He thinks he still loves her, but she understands, after nine years, that she doesn’t love him and that she cares about somebody else now. It is a very intense movie. The action takes place in one single afternoon, in a communist apartment, and it is focused on these two people. Actually, all the other characters are not physically present and they appear only through photos or phone calls. It is as if that flat is a place where you cannot hide from yourself. He sees in her the simple life that he could have had and the happiness that he gave up in order to climb the social ladder. When he realizes that he had lost her, he tries to prolong her unhappiness. But, after all these years of waiting and suffering, she is mature enough not to fall in his trap. She sees in him the involvement, the indecision, the hypocrisy. He wanted so much of his life, but in the end he is left with his shallow accomplishments. He asks himself whether life can be so simple and so real like the life of his ex-wife. Because it is so concentrated, the movie makes you think of the essence of life and love and about what one has to do in order not to waste one’s life. This symbol of the essence of life appears in one of her lines, as ‘the inner song.’ She says that all that one has to do in life in order to be happy is to do everything according to one’s inner song … (comment from imdb.com)
END_OF_DOCUMENT_TOKEN_TO_BE_REPLACED 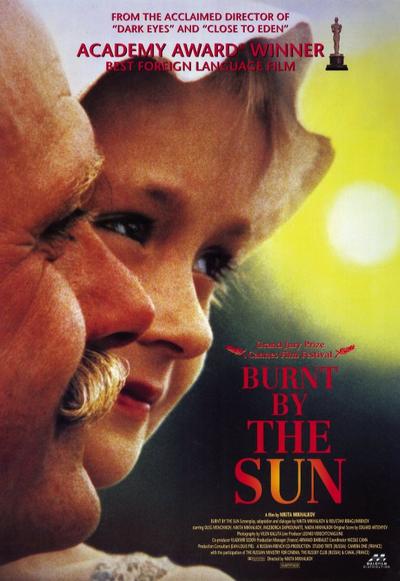 Review
By the early ’90s, it was finally possible for filmmakers working in the former Soviet Union to deal honestly with the horrors of the 1930s, when Stalin and his regime “reassessed” the contributions of many heroes of the Revolution, resulting in mass imprisonments and death for many millions. Nikita Mikhalkov’s brilliant film about those dark days is ironically set at a sunny summer retreat where Serguei Petrovich Kotov (Mikhalkov), an officer who has been honored for his contributions to the success of the state, and his family are enjoying an idyllic summer’s day. The film’s deliberate pacing for a full half-hour (we might think we’re watching the Russian equivalent of Renoir’s Partie De Campagne) lulls the viewer into a false sense of serenity. When Dimitri, an old lover of Kotov’s young wife and now a government official, arrives, Mikhalkov allows our suspicion that Dimitri’s visit isn’t merely personal to accumulate slowly. The film flirts with sentimentality, especially in casting Mikhalkov’s real-life daughter as Kotov’s irresistibly cute little girl, but after all, the filmmaker’s goal is to show the toll that a repressive political regime can exact on the lives of individual citizens. (AMG) END_OF_DOCUMENT_TOKEN_TO_BE_REPLACED 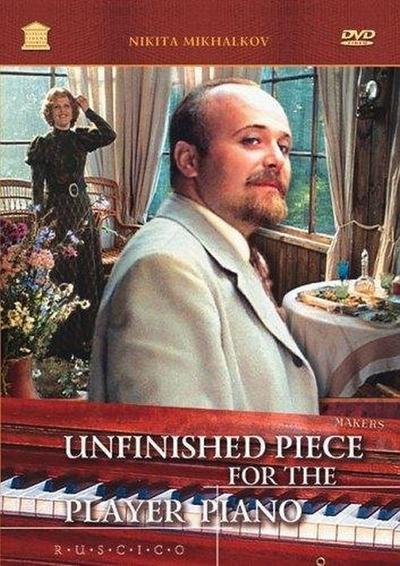 Plot:
Early in the 20th century, family and friends gather at the country estate of a general’s widow, Anna Petrovna. Sofia, the new wife of Anna’s step-son, recognizes Misha, the brother-in-law of one of the widow’s admirers: a few years before, they had been idealistic lovers and now she can’t believe he has settled for a dim wife and a job as a teacher. Amidst parlor games and idle talk of women’s rights and peasants’ capabilities, Sofia and Misha rekindle their love. Will they flaunt convention, abandon families, and run away to pursue lost dreams? Rescue comes from an unexpected place. END_OF_DOCUMENT_TOKEN_TO_BE_REPLACED