Based on harrowing true events, SONG WITHOUT A NAME tells the story of Georgina, an indigenous Andean woman whose newborn baby is whisked away moments after its birth in a downtown Lima clinic – and never returned. Stonewalled by a byzantine and indifferent legal system, Georgina approaches journalist Pedro Campas, who uncovers a web of fake clinics and abductions – suggesting a rotting corruption deep within Peruvian society. END_OF_DOCUMENT_TOKEN_TO_BE_REPLACED 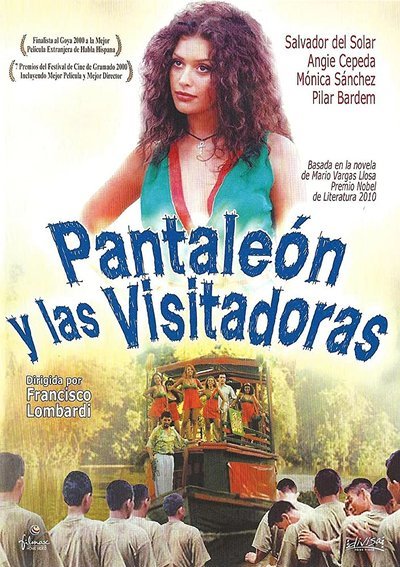 The Peruvian army captain Pantaleon Pantoja, a very serious and efficient officer, is chosen to set up a special service of ‘visitors’ to satisfy the sexual needs of the soldiers posted on remote jungle outposts.

Based on a novel by Mario Vargas Llosa, City and the Dogs is set in a brutal boys` military academy. Juan Manuel Ochoa plays a tough young cadet who rules a student clique called The Circle, which supplies the other boys with forbidden cigarettes, booze and pornography, and even provides answers to upcoming tests. When Ochoa is caught, he places blame on Eduardo Adriazen, the weakest member of the Circle. Adriazen informs on Ochoa, who subsequently kills him. During the investigation of Adriazen’s death, the academy tries to cover up the crime lest the institution be destroyed by the scandal. The principal whistle-blower, a sensitive young “outsider” (Pablo Serra), is himself discredited because it is he who has been writing the pornography that Ochoa has been selling. END_OF_DOCUMENT_TOKEN_TO_BE_REPLACED

Quote:
“Del Solar turns the screws on the audience expertly, but the thriller elements never distract from the moral crisis of a man — and a country — whose decades-old mistakes cling to him like a tattoo”
—Variety

Taxi driver Magallanes (Damián Alcázar) struggles to get by, and spends his spare time with his former military superior, a once-feared colonel during the civil conflict, who is now senile. END_OF_DOCUMENT_TOKEN_TO_BE_REPLACED

“Sonata Soledad” is a film done to three musical times (Time, Counterpoints and Variations). In this movie, Robles Godoy radicalizes its position of author. END_OF_DOCUMENT_TOKEN_TO_BE_REPLACED 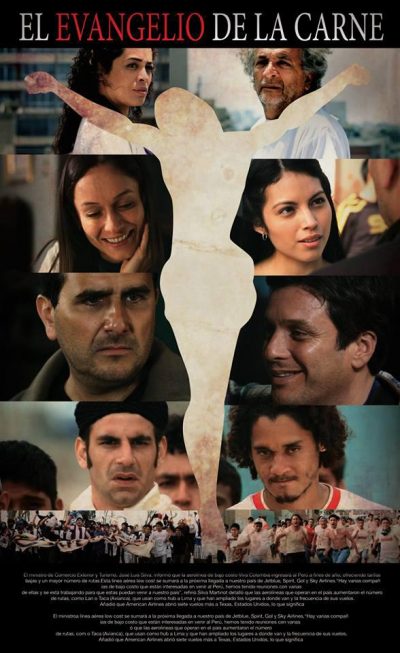 Quote:
Three men searching for forgiveness during a soccer championship final. Undercover cop Gamarra’s desperate attempts to save his wife from a terminal illness gets him into trouble; bus driver Felix wants to be accepted into a religious sect after his involvement in a tragic traffic accident; and imperiled soccer club leader Narciso tries to secure his younger brother’s release from prison. END_OF_DOCUMENT_TOKEN_TO_BE_REPLACED