Radu Jude – Film pentru prieteni AKA A Film for Friends (2011)

Quote:
Considering that his life is a failure, a man records himself leaving a video-message to his loved ones. After this message, which tackles, in funny and sad ways, a lot of issues, both personal and social, he shoots himself in the head. But he fails. And what follows is the a ridiculous and horrific agony, that probably changes the characters’ vision about life… A film done basically in one single shot. END_OF_DOCUMENT_TOKEN_TO_BE_REPLACED

The films confronts two different views of the execution of General Ion Antonescu, Romania’s leader during the Second World War. On one side is silent black-and-white footage of the execution as recorded in 1946 by cameraman Ovidiu Gologanl; on the other are scenes from a biographical film shot in 1994 by director Sergiu Nicolaescu. END_OF_DOCUMENT_TOKEN_TO_BE_REPLACED

Synopsis
“I do not care if we go down in history as barbarians.” These words, spoken in the Council of Ministers of the summer of 1941, started the ethnic cleansing on the Eastern Front. Radu Jude’s resonant feature chronicles a young theatre director’s efforts to stage an accurate re-enactment of the Odessa Massacre in which Romanian soldiers slaughtered tens of thousands of Ukrainian Jews despite the municipal government’s attempts to censor her. END_OF_DOCUMENT_TOKEN_TO_BE_REPLACED

IMDb wrote:
“I do not care if we go down in history as barbarians.” These words, spoken in the Council of Ministers of the summer of 1941, started the ethnic cleansing on the Eastern Front. The film attempts to comment on this statement. END_OF_DOCUMENT_TOKEN_TO_BE_REPLACED

Quote:
Marius is a divorced man in his late thirties. His five year-old daughter Sofia lives with her mother, which causes Marius a deep frustration. On the day Marius arrives to take his daughter on their annual holiday, he is told that she is ill but he doesn’t believe it and insists to take her with him. The situation soon gets out of control with all the family taking part in a web of humor, violence, childish songs, police interventions and love statements. END_OF_DOCUMENT_TOKEN_TO_BE_REPLACED

Quote:
Tavi, a forty-year-old divorced father, comes to his ex-wife’s home to repair his four-year-old daughter bike, Alexandra. He realizes with amazement that Alexandra does not call him “Daddy” any more. He asks an explanation from his ex-wife… END_OF_DOCUMENT_TOKEN_TO_BE_REPLACED 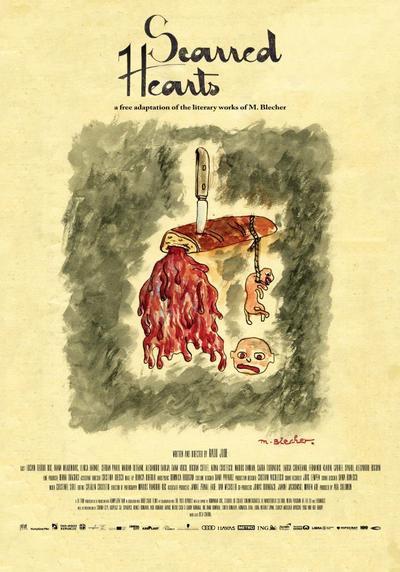 Emanuel spends his days at a sanatorium. Falling in love with another patient, he narrates his and his fellow patients’ attempts to live life to the fullest as their bodies slowly fade away, but their minds refuse to give up.
END_OF_DOCUMENT_TOKEN_TO_BE_REPLACED