Quote:
The triumphs and failures of middle age as seen through the eyes of runaway American housewife Mary Wilson (Jean Simmons), a woman who believes that ultimate reality exists above and beyond the routine procedures of conscious, uninspired, everyday life. She feels cheated by an older generation that taught her to settle for nothing less than storybook finales, people who are disillusioned and restless and don’t know why, people for whom life holds no easy answers. Great supporting cast includes John Forsythe, Teresa Wright, Lloyd Bridges, Shirley Jones, Bobby Darin, Tina Louise, Dick Shawn, and Nanette Fabray. END_OF_DOCUMENT_TOKEN_TO_BE_REPLACED

synopsis
Theresa (Diane Keaton) is a dedicated school-teacher of deaf children during the day. Once she moves out of her parents’ place, she chooses to spend her evenings seeing adult films, cruising bars, and looking for abusive men with whom she can engage in ever more violent sexual encounters. She furthers her self-destruction by a rather aimless intake of drugs and alcohol, leading to both demeaning and dangerous situations, completely at odds with her daytime commitments. In need of a father figure, she makes herself available to numerous men and eventually pays a price for her hedonistic behaviour. END_OF_DOCUMENT_TOKEN_TO_BE_REPLACED

Synopsis:
Four soldiers of fortune are hired by a wealthy rancher to rescue his beautiful young wife who has been kidnapped by a villainous Mexican bandit. When they finally find her, after fighting their way across deserts and mountains, they discover she is not being held against her will. This causes friction within the band as to whether they should honor their agreement. END_OF_DOCUMENT_TOKEN_TO_BE_REPLACED

Synopsis:
In meeting in Kansas, ex-cons Perry Smith and Dick Hickock are breaking several conditions of their respective paroles. The meeting, initiated by Dick, is to plan and eventually carry out a robbery based on information he had received from a fellow inmate about $10,000 cash being locked in a hidden safe in the home of the farming Clutter family of Holcomb, Kansas. After the robbery, they plan on going to Mexico permanently to elude capture by the police. Each brings a necessary personality to the partnership to carry out the plan, Dick who is the brash manipulator, Perry the outwardly more sensitive but unrealistic dreamer with a violent streak under the surface. END_OF_DOCUMENT_TOKEN_TO_BE_REPLACED 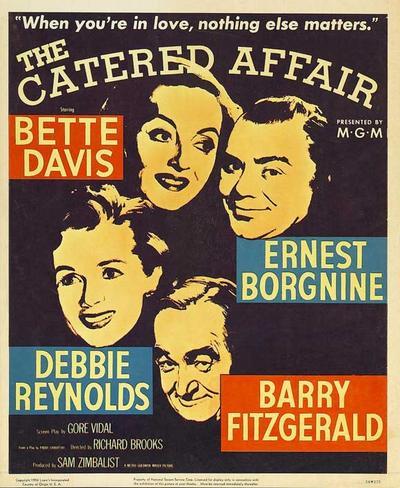 Synopsis:
At breakfast, Jane announces that she and Ralph are getting married the next week. All Jane and Ralph want is a small wedding with the immediate family and no reception. This is because Janes parents are poor and Jane and Ralph can borrow a car for their honeymoon. However, at dinner that night all Ralph’s parents talk about are the big weddings they gave their daughters and everything escalates. All of a sudden, it is a big wedding breakfast with hundreds of guests. The problem is that for 12 years, Tom has been saving money to buy his own cab and license, but now that he can, all of his money is going towards a wedding neither he, or Jane or Ralph really want. END_OF_DOCUMENT_TOKEN_TO_BE_REPLACED 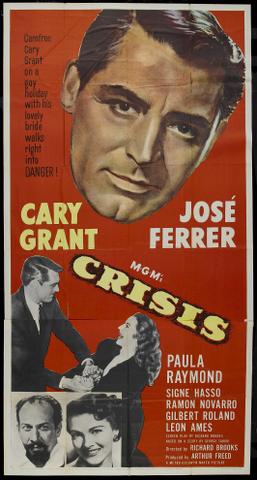 Dr Ferguson is a brain surgeon, on vacation with his wife in a small Spanish-speaking country. This is actually a dictatorship ruled by tyrant Raoul Farrago. END_OF_DOCUMENT_TOKEN_TO_BE_REPLACED 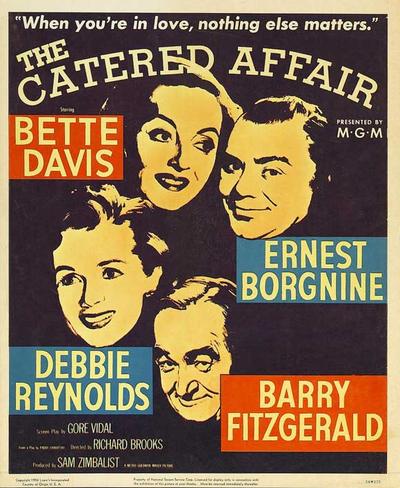 Aggie Hurley (Bette Davis) is making up for a lifetime of making do. Her daughter Jane (Debbie Reynolds) is going to have a lavish wedding – even if Jane wants a simple ceremony. And even if Aggie’s husband Tom (Ernest Borgnine) must give up his dream of owning his own taxi to finance the extravaganza. Borgnine, winner of 1955’s Best Actor Oscar® for Marty (like The Catered Affair originally written for TV by Paddy Chayefsky), etches another superb working-class portrait. And Davis, renowned for playing larger-than-life characters, proves masterly at capturing the life-sized intensity of Aggie. Together, they create a gem of “shirtsleeved intimacy and gamy humor” (Time) as real as a shabby Bronx apartment. Barry Fitzgerald and Rod Taylor also star. From Warner Brothers! END_OF_DOCUMENT_TOKEN_TO_BE_REPLACED