Filmed in Hanoi on December 13, 1966, this documentary records the lives of people in the Vietnam capital and surrounding countryside at the height of U.S. bombing. “One of Alvarez’s indisputable masterpieces, this is a film of great sensitivity. It also displays the greatest integrity and is constructed with the greatest economy of means… Although the means are of the simplest, the editing is exceedingly subtle. The narrative line is there, yet it’s anything but linear. The result is that the film informs in a way quite alien to what documentary orthodoxy has taught us to expect.” END_OF_DOCUMENT_TOKEN_TO_BE_REPLACED

CICLÓN is a coverage of hurricane Flora’s sweeping the Cuban provinces of Camagüey and Oriente in October 1963: the damage, the evacuation of the villages, and the aid to victims. END_OF_DOCUMENT_TOKEN_TO_BE_REPLACED

Using morgue photos, newsreel footage, and a recording by Lena Horne, Cuban filmmaker Santiago Alvarez fired off ‘Now!’, one of the most powerful bursts of propaganda rendered in the 1960s. END_OF_DOCUMENT_TOKEN_TO_BE_REPLACED

On the 82nd anniversary of the landing of José Martí and Máximo Gómez on the cost for the war of liberation of Cuba, Fidel Castro meets with Salustiano Leyva, who at 11 years old, received in his home a visit from Martí and Gómez. END_OF_DOCUMENT_TOKEN_TO_BE_REPLACED

Santiago Álvarez – El tigre saltó y mató, pero morirá… morirá… AKA The Tiger Leaps and Kills, but it Will Die… It Will Die… (1973)

Cuban filmmaker Santiago Alvarez’s hurried response to the 1973 Chilean coup d’état rests upon the music of Victor Jara, the folk singer who was brutally murdered within days after Augusto Pinochet assumed power. Connecting events in Chile to other repressive police crackdowns throughout the world (and specifically to C.I.A. malfeasance), Alvarez calls for solidarity in a characteristically bravura choreography of text and image. END_OF_DOCUMENT_TOKEN_TO_BE_REPLACED 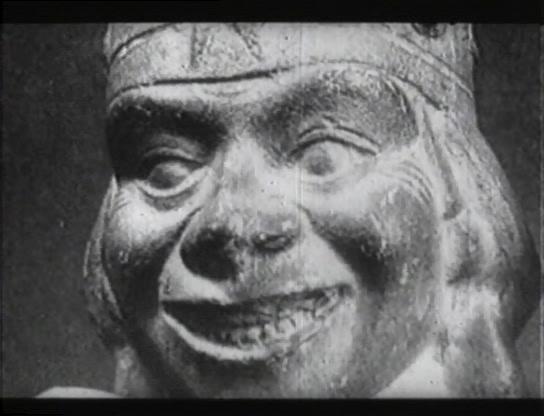