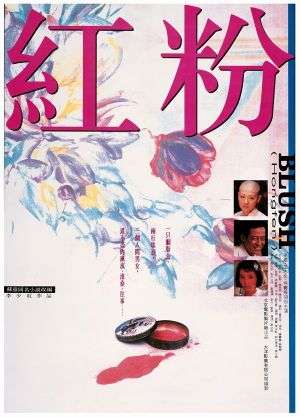 The film charts the fortunes of two women who loved each other as sisters, but whose paths divulge when the Revolution brings an end to their old way of life in the brothel. IMDB
Two long-time female friends in love with same man form the basis for this Chinese romantic saga. The story begins after the 1949 Communist takeover in China. Prior to that, the two women Xiao and Qiuyi had been prostitutes. Qiuyi was a proud woman with high ideals. Xiao was born and raised in a bordello, the Red Happiness Inn. Whereas Qiuyi is strong and independent, Xiao is nervous and dependent upon others. After the takeover, the women left the brothel and were to be rehabilitated. Qiuyi escapes and begins living with the youthful, wealthy Lao Pu, a former customer. She gets pregnant but is too proud to let on. Instead she cloisters herself in a Buddhist nunnery and ignores Lao’s pleas to come home. The Buddhist discover her pregnancy and evict her. She then miscarries. Meanwhile, Xiao completes her rehab and works in a silk factory. There she meets Lao who has lost all his wealth and now works. They have and affair. She gets pregnant. On their wedding day, Qiuyi appears carrying the yellow umbrella of separation. After the wedding, Lao and Xiao begin having terrible fights. He misses Qiuyi. He chooses a radical solution to his problem.Allmovie END_OF_DOCUMENT_TOKEN_TO_BE_REPLACED