Lunch starts off with two teenagers who skip school to have lunch and plans to watch a film. The two teenagers spend the afternoon talking about life and their dreams. END_OF_DOCUMENT_TOKEN_TO_BE_REPLACED

Synopsis:
In a high-rise, a young man jumps to his death. His ghost remains in the building, observing and consoling three households. San San, fat, silent, and alone, hears the ghost of her mother constantly upbraid her. She futilely seeks the friendship of a wealthy woman with whom she was raised. Ah Gu, a tofu soup vendor, is at odds with Lily, his materialistic wife, a Chinese immigrant who longs for something he cannot provide. Meng spouts every moralistic bromide of the striving middle class, wears a T-shirt reading “My block is the cleanest,” and is unhinged by his teenage sister May (“Trixie” to her boyfriend) who won’t study, parties all night, and seems doomed by youth culture. END_OF_DOCUMENT_TOKEN_TO_BE_REPLACED

Synopsis
Francis (Bosco Francis) is a man at the end of his tether. He has a 10-year-old son he loves desperately, but sorrow, guilt and constant inebriation have made him an ineffectual father. The son (Jathisweran) is a stoic ‘old soul’ who has learned to bury is affection for his old man and to cope with his chaotic life. A broken spirit and a single parent, Francis hopes to redeem himself and win his son’s love and respect. He makes a painful – and bizarre – return to magic. An unexpected incident one night sets father and son on the road. In dilapidated building, these two wounded souls come to terms with their love – a love which is as deep and acute as their grief. END_OF_DOCUMENT_TOKEN_TO_BE_REPLACED

Winner of the top prize at last year’s Locarno Film Festival, Yeo Siew Hua’s third feature is a clever, evocative shape-shifter that begins as a kind of dreamy noir and ends up a sober, politically incisive work of social realism. First we follow gruff, disenchanted detective Lok (Peter Yu) as he searches for Wang (Liu Xiaoyi), a missing construction worker from mainland China. We’re then ushered back in time to see Wang’s life before his disappearance—and what had seemed a typical noir scenario instead turns out to be far more in line with reality as we know it today. END_OF_DOCUMENT_TOKEN_TO_BE_REPLACED Quote:
Between the end of the Second World War and the early 1960s, the Cathay Organization and Shaw Brothers produced a string of films in Singapore, that were made for the Malay-speaking audience in what was then called Malaya. Both companies are today better know for their Cantonese Kung Fu flicks and other genre movies, that they started to produce when they moved to Hong Kong after Singapore separated from the Malay federation and became an independent, Chinese-dominated city state in 1963. This was the end of this “Golden Age of Malay cinema”, since it became difficult to distribute Singapore-made films in Malaysia due to political pressure. END_OF_DOCUMENT_TOKEN_TO_BE_REPLACED 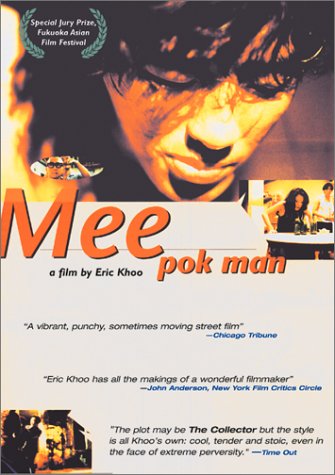 The lead performers, Joe Ng as the slow-witted man and Goh as the world-weary prostitute, are decently credible if not totally engrossing. Still, pic’s overall impact is disturbing, showcasing a new director who is seriously intent on documenting the malaise of contemporary life in Singapore. END_OF_DOCUMENT_TOKEN_TO_BE_REPLACED 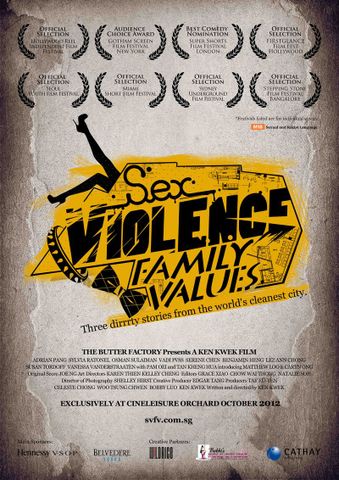