Synopsis:
Emily Dickinson (Cynthia Nixon) maintains close ties with her family while becoming a prolific poet whose work becomes recognized after her death in 1886. END_OF_DOCUMENT_TOKEN_TO_BE_REPLACED

AN EPIC STORY OF LOVE, LOSS AND THE LAND THAT INSPIRED IT ALL.
The daughter of a Scottish farmer comes of age in the early 1900s. END_OF_DOCUMENT_TOKEN_TO_BE_REPLACED

Quote:
The film, depicting life in working-class Liverpool from the 1940s into the 50s, is already a modern classic.

Now that Eileen, Maisie, and Tony are adults, their childhood memories – and in particular those associated with their father – are inconsistent. While Eileen clings to happier times, her siblings remember his brutal violent nature, which has been a major influence on their growth and development. This troubled family must deal with the day-to-day alongside their past. Terence Davies creates a loving portrait with this partly autobiographical tale (shot in two sections), and it was voted one of the greatest British films by Sight & Sound. END_OF_DOCUMENT_TOKEN_TO_BE_REPLACED

Description from IMDb
Davies’ film is divided into three segments enitled “Children”, “Madonna and Child”, and “Death and Transfiguartion”. The segments tell the life of Robert Tucker. The first segment looks at his birth and formative years in school, an austere boy’s school. The bleak environment is not aided by loveless, violent homelife he experiences. Nonetheless, his father’s death is a major impact to him. In the second segment, he is a closeted homosexual working in a grim office and still living at home with his daunting mother. In the final segment, he deals with his mother’s death and then faces his own impending doom. As his death approaches he flashes back to his life’s events. END_OF_DOCUMENT_TOKEN_TO_BE_REPLACED 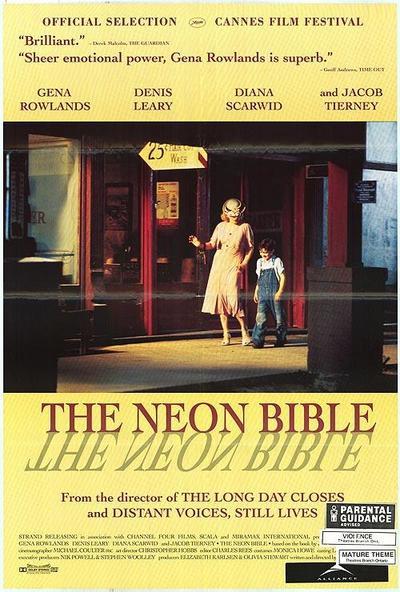 While on a train, a teenage boy thinks about his life and the flamboyant aunt whose friendship acted as an emotional shield from his troubled family. This film evokes the haunting quality of memory while creating a heartfelt portrait of a boy’s life in a rural 1940s Southern town. END_OF_DOCUMENT_TOKEN_TO_BE_REPLACED