In this updated homage to the 1930 German silent film of the same title, Thai artist Tulapop Saenjaroen examines the paradox of people relaxing while being filmed. As a film shoot appears to be in perpetual delay, crew members kill time fiddling on their smartphones, all the while under the persistent gaze of the camera. END_OF_DOCUMENT_TOKEN_TO_BE_REPLACED

Peasant Riem loves Kwan but the love is not reprocical. He loves singing Likay. Traditional peasant way of life, watching over buffalo, rice planting, getting fish from rice fields, ceremonies where young men invite girls they like to dance, Songkran ceremony with small pagoda made of sand are gracefully shown. They finally love each other with a promise in front of the local deities tree. But Riem family refuses this love story. Choi, local gangster, injures Kwan with his sword making a scar. This scar is the symbol of their love that nothing can break… END_OF_DOCUMENT_TOKEN_TO_BE_REPLACED

Quote:
The sort of love story that can only be believed in Thailand. A man returns after his death to the landscape of his youth and relives the love that was meant for eternity. Even if you don’t believe in reincarnation, it’s a meditative and above all beautiful film.

It is often said that a certain film is atmospheric, but in this case it is more than apt. Eternity is atmospheric, but also poetic and philosophical, or maybe better: spiritual. Life, life after this life and memories of life flow together. Past and present go hand-in-hand like passionate lovers. END_OF_DOCUMENT_TOKEN_TO_BE_REPLACED 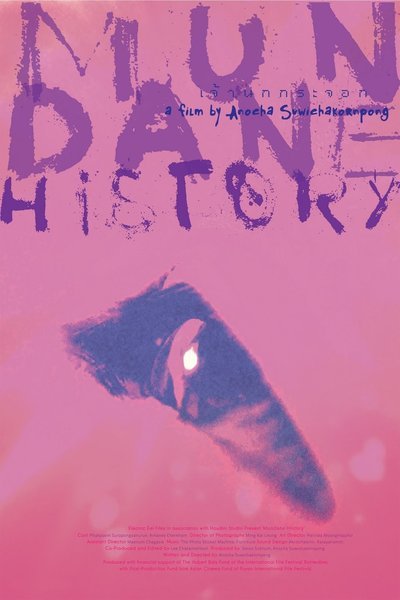 Explores the relationship between Ake, a young man who is paralyzed from the waist down after an accident, and Pun, the male nurse who takes care of him, and of course Ake’s father. Ake is at first cold towards his nurse Pun, but as Pun continues to earnestly take care of him he starts to open up his heart through candid conversations. The physical contact with Pun makes him rethink physical desires that he wants to forget. The grudge he held against his father slowly abates. All of this slowly becomes the motivating factor to confirm that he is alive, albeit with physical problems. END_OF_DOCUMENT_TOKEN_TO_BE_REPLACED

Synopsis:
In the countryside of Thailand, a gang of outlaws makes the region unsafe. Among them is the handsome gun hero Dum, who became unwillingly involved in the bandit life. Handsome Dum made a promise to his upper-crust lover Rumpoey: despite the class difference, they will get married. When the moment of reunion arrives, Dum gets involved in a fire fight and cannot possibly reach Rumpoey in time. She is desperate: her father has married her off to a policeman. The taciturn Dum, called the ‘Black Tiger’ by his co-conspirators, has however not forgotten Rumpoey. END_OF_DOCUMENT_TOKEN_TO_BE_REPLACED

Synopsis:
After inadvertently killing his girlfriend, a man (Asano) flees Macau for Thailand in an attempt to cope with his guilt, and avoid possible arrest. But the relocation doesn’t prevent his problems from following him, as his new friends could be potential enemies. END_OF_DOCUMENT_TOKEN_TO_BE_REPLACED

Synopsis:
Based on the real life story of Parinya Charoenphol, a Muaythai boxer who underwent a sex change operation to become a woman. The movie chronicles her life from a young boy who likes to wear lipstick and wear flowers to her sensational career as kickboxer whose specialty is ancient Muaythai boxing moves which she can execute expertly with grace and finally her confrontation with her own sexuality which led to her sex change op. END_OF_DOCUMENT_TOKEN_TO_BE_REPLACED