The Magic of Méliès
Director: Georges Méliès
Country: France
Year: 1904-1908
Tribute is paid to the screen’s first special effects wizard in this special collection of marvelously restored prints. In addition to more than a dozen of his early trompes l’oeil – such as Untamable Wiskers, Tchin-Chao, the Chinese Conjurer, and The Mermaid – this volume boasts the illuminating documentary, Georges Méliès, Cinema Magician and a rare hand-tinted print of the fantastic spectacle An Impossible Voyage. END_OF_DOCUMENT_TOKEN_TO_BE_REPLACED

Quote:
Gwen’s family is rich, but her parents ignore her and most of the servants push her around, so she is lonely and unhappy. Her father is concerned only with making money, and her mother cares only about her social position. But one day a servant’s irresponsibility creates a crisis that causes everyone to rethink what is important to them. END_OF_DOCUMENT_TOKEN_TO_BE_REPLACED

Posle Smerti [After Death]A titan of the early Russian cinema, Evgenii Bauer was born in Russia in 1865. His father was a renowned zither-player, while his sisters became actresses. Bauer graduated from the Moscow Institute of Painting, Sculpture and Architecture. Over the years, he was an amateur actor, a caricaturist for magazines, a newspaper satirist, a theatrical impresario, and an artistic photographer. He was especially recognized for designing sets for theatrical productions, a talent that eventually brought him into the cinema when he designed the sets for Drankov and Taldykin’s commemorative historical film, Trekhsotletie Tsarstvovaniya Doma Romanovykh (The Tercentenary of the Rule of the Romanov Dynasty), released in 1913. Encouraged by Drankov and Taldykin, Bauer, then 48 years of age, graduated to directing for their company. END_OF_DOCUMENT_TOKEN_TO_BE_REPLACED 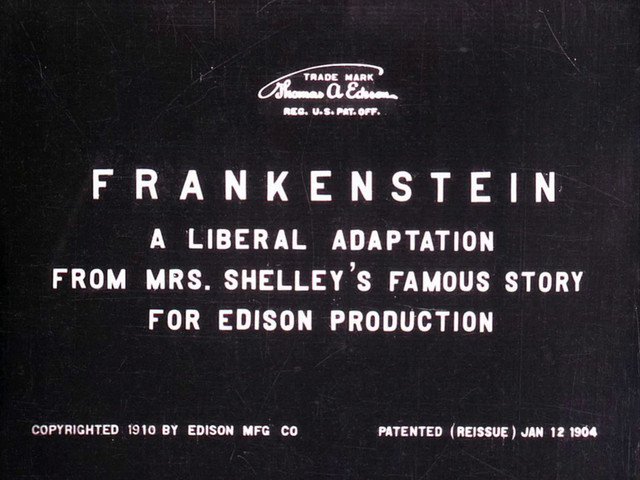 Frankenstein, a young medical student, trying to create the perfect human being, instead creates a misshapen monster. Made ill by what he has done, Frankenstein is comforted by his fiancée but on his wedding night he is visited by the monster. A fight ensues but the monster, seeing himself in a mirror, is horrified and runs away. He later returns, entering the new bride’s room, and finds her alone. END_OF_DOCUMENT_TOKEN_TO_BE_REPLACED 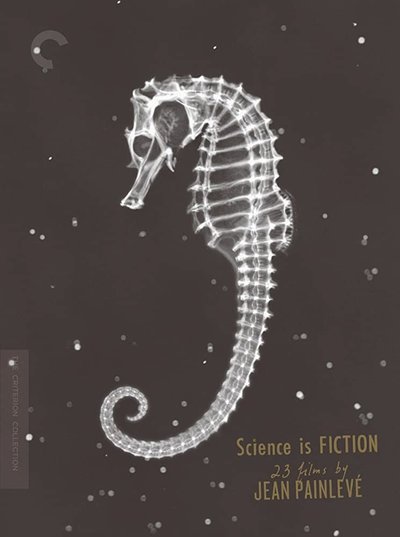 The mesmerizing, utterly unclassifiable science films of Jean Painlevé (1902-89) must be seen to be believed: delightful, surrealist-influenced dream works that are also serious science. The French filmmaker-scientist-inventor had a decades-spanning career in which he created hundreds of short films on subjects ranging from astronomy to pigeons to, most famously, such marine-life marvels as the sea horse and the sea urchin. This definitive three-disc Criterion collection brings together the best of these, and includes more than two hours of interviews with the filmmaker, drawn from the eight-part French television series Jean Painlevé Through His Films, directed by Denis Derrien and Hélène Hazera. Also included is The Sounds of Science, an original score by Yo La Tengo to Jean Painlevé’s films, plus an interview with the band. END_OF_DOCUMENT_TOKEN_TO_BE_REPLACED

Maurice Tourneur – The Wishing Ring: An Idyll of Old England (1914)

AMG wrote:
According to film historian William K. Everson, to offer a fully detailed synopsis of Maurice Tourneur’s delightful period piece The Wishing Ring “would do a disservice to its charm.” Suffice to say that the film’s wide-eyed heroine Vivian Martin comes into possession of a ring which she believes to have magical powers. Armed with this belief alone, the girl is able to change the course of her entire life. END_OF_DOCUMENT_TOKEN_TO_BE_REPLACED

Quote:
Rapsodia Satanica (1915) was the last film directed by Nino Oxilia and is undoubtedly one of the finest achievements of the early Italian cinema. In it, Oxilia spins a variation on the Faust myth, embodied here by the diva Lyda Borelli. Typical of extravagant D’Annunzian aestheticism at its height, Rapsodia Satanica was one of the summits of what was later called the “tail coat film.” Diametrically opposed to the “cinema of reality” practiced by Serena, Martoglio and others, “tail coat films” set their melodramatic stories in the salons and villas of the upper middle class and the aristocracy, deploying narrative structures contrived to showcase their actors and especially its actresses. This had the effect of accentuating their physical presence and turning them into stars – probably the first stars in movie history. The success of the “dive” contributed to the development of motion picture grammar in its special use of the close-up.
Written by Anthony Kobal END_OF_DOCUMENT_TOKEN_TO_BE_REPLACED