IMDB:
Anna Bronsky is a violin teacher at the Conservatoire. Against the advice of her colleagues, she imposes the admission of a pupil, in whom she sees a great talent. With a lot of involvement, she prepares Alexander for the end-of-year exam and neglects her young son Jonas, who is also a violinist and ice hockey fan. She moves away more and more from her husband, so fond of him, the French “luthier” Philippe Bronsky. At the approach of audition, Anna pushes Alexander towards performances more and more exceptional. The decisive day, an accident occurs, heavy consequence. END_OF_DOCUMENT_TOKEN_TO_BE_REPLACED

Quote:
Donna Deitch’s swooning and sensual first narrative feature, Desert Hearts, was groundbreaking upon its release in 1985: a love story about two women, made entirely independently, on a shoestring budget, by a woman. In this 1959-set film, adapted from a beloved novel by Jane Rule, straitlaced East Coast professor Vivian Bell (Helen Shaver) arrives in Reno to file for divorce but winds up catching the eye of someone new, the free-spirited young Cay (Patricia Charbonneau), touching off a slow seduction that unfolds against a breathtaking desert landscape. With undeniable chemistry between its two leads, an evocative jukebox soundtrack, and vivid cinematography by Robert Elswit, Desert Hearts beautifully exudes a sense of tender yearning and emotional candor. END_OF_DOCUMENT_TOKEN_TO_BE_REPLACED

Michèle Rosier (1930-2017) was a pioneering fashion designer (she created the vinyl-intensive V de V sportswear label), a journalist who worked as editor of the women’s lifestyle magazine Le Noveau Femina, and an avowed leftist. She also had a 40+ year career behind the camera, directing several documentaries for French television as well as a handful of theatrical features, most famously the George Sand biopic GEORGE QUI?, starring Anne Wiazemsky. Rosier’s cumulative body of work is staggering, and the movies bely an utterly idiosyncratic filmmaking sensibility: wryly funny, curious about people, jazz-suffused (with scores by Mal Waldron, Keith Jarrett and Aldo Romano) and forever interrogating the limits of liberation in post-1968 France. END_OF_DOCUMENT_TOKEN_TO_BE_REPLACED

Synopsis
Martinique, in the early 1930s. Young José and his grandmother live in a small village. Nearly everyone works cutting cane and barely earning a living. The overseer can fine a worker for the smallest infraction. The way to advance is to do well in school. José studies hard and succeeds in an exam allowing him to attend school in the capital. With only a partial scholarship, the tuition is very costly. José and his grandmother move to Fort-de-France to make José’s studies easier…
IMDb.com END_OF_DOCUMENT_TOKEN_TO_BE_REPLACED

Sambizanga opens in a coastal village where the men are employed on a construction gang. We follow Domingos, a big, handsom tractor driver, as he as a friendly conversation with Sylvester, a Portuguese engineer. The opening credits appear and we hear the song Monanagambée on the sountrack. Domingos returns home (kicking a soccer ball around with some neighborhood kids en route), where his wife, Maria, awaits him with their infant son. They have a peaceful dinner together. Domingos visits a friend, and brings along a secret revolutionary flyer. We then see Domingos and Maria in bed together with their baby; they take turns holding the boy, trying to calm him into sleep. END_OF_DOCUMENT_TOKEN_TO_BE_REPLACED 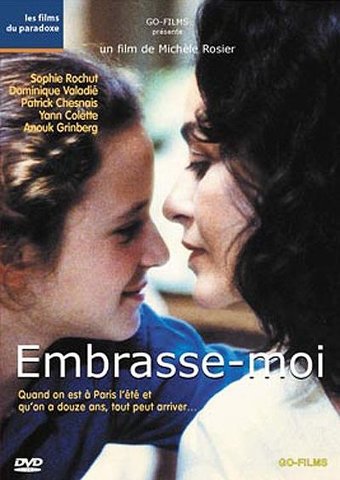 Quote:
This French drama explores the desolation felt by a young girl whose divorced concert pianist mother and businessman father are too self-absorbed to give her any attention. Louise (Sophie Rochut) stoically attempts to carry on, despite the disregard of those around her. Her stoicism is shattered by a few moments of incidental friendliness from a journalist. She runs away to find him, despite not even knowing his name or address. She returns home, unsuccessful, and throws herself in the river. This suicide attempt momentarily brings mother and daughter together, but we are left with little hope that things will really be better in the long run. Writer/director Michele Rosier tells this sad story with a minimum of melodramatics, which makes it even more effective. END_OF_DOCUMENT_TOKEN_TO_BE_REPLACED 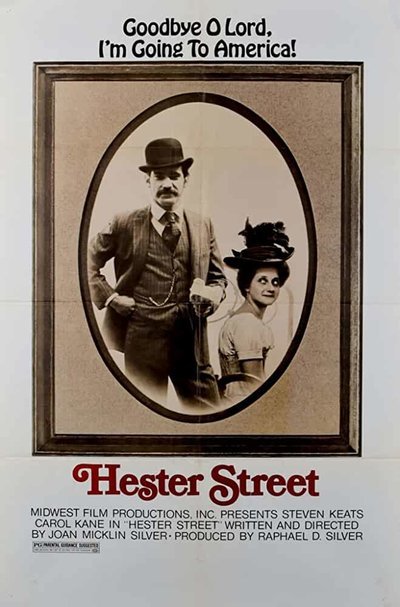 Synopsis:
It’s 1896. Yankel Bogovnik, a Russian Jew, emigrated to the United States three years earlier and has settled where many of his background have, namely on Hester Street on the Lower East Side of New York City. He has assimilated to American life, having learned English, anglicized his name to Jake, and shaved off his beard. He is working at a $12/week job as a seamster, the money earned to be able to bring his wife Gitl and his son Yossele to America from Russia. Regardless, he has fallen in love with another woman, a dancer named Mamie Fein. Nonetheless, he is excited when he learns that Gitl and Yossele are indeed coming to America. END_OF_DOCUMENT_TOKEN_TO_BE_REPLACED