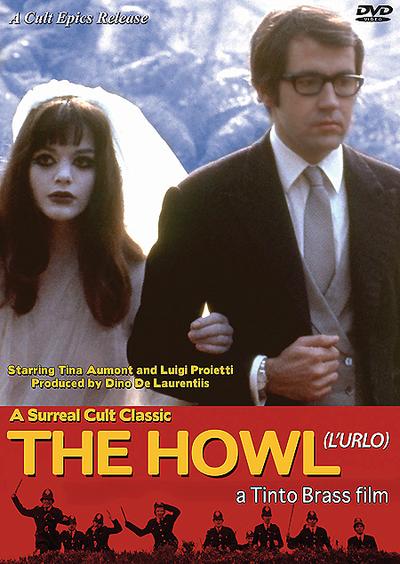 “2 Eggs; to break, broke, broken”, the only English phrase and theme song spoken in Tinto Brass’ “L’Urlo”. What a film! The only available version of this film I could find had no subtitles. Either way it doesn’t matter since it is very visual. When most people here the name Tinto Brass, right away they think of the horrid sleaze epic “Caligula”, or some might name “Salon Kitty”. If your lucky, you’ll here of some who have seen his fun slapstick sex comedies from Italy like “Miranda” and “All Ladies Do it”. Known mainly for his lighthearted sex romps with curvy women, Tinto Brass’ earliest experimental films were much different. Heres a recipe for a film like “L’Urlo”. Take some Fellini, add some Jodorowsky/Arrabal and a little table spoon of Godard for extra kick, stir and you got yourself “L’Urlo”. One crazy psychedelic, surrealist anti-war art orgy. A bus is lit on fire! Hippies are chased by riot cops. There’s stock footage of Vietnam and other wars with a machine gun showdown! S&M, slapstick sexuality, a man’s pursuit of a beautiful lady… abstract art and nudity galore! Most memorable is a man in a gas mask jumping around with nude people while goose feather’s fill the air! One amazing experimental protest movie! Rebel art at its finest! END_OF_DOCUMENT_TOKEN_TO_BE_REPLACED 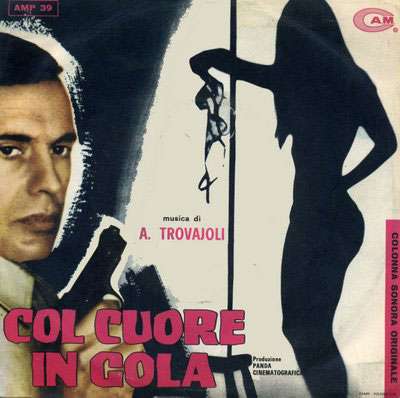 IMDb user comments
A rather unusual agenda from Tinto Brass who obviously found later his niche in “t&a” movies. Col cuore in Gola is a psychedelic, pop art giallo that can just come from the great era of the late 60´s/70´s. Starting from the nice credits and music you immediately like this film and this is just the beginning! Trintignant founds in a nightclub a corpse beside the lovely Aulin who just says “I wasn’t it”. Convinced that she is innocent he wants to help her and want to find out the murderer, Aulins brother should solve this case and both are searching for him. Though not quite without problems… a dwarf in raincoat is following them in companion with some gangsters who kidnap Aulin. Jean is now searching for Aulin, Aulins brother and (of course) the murderer. The Story itself is not that convincing (rather unimportant) but what here is really of interest is the unconvential style of brass : splitscreen (even tripple split screens!) some scenes in black and dark yellow filter and more.., and in the “middle” of course the presence of two very convincing leads: cool Trintignant and hot Ewa Aulin. END_OF_DOCUMENT_TOKEN_TO_BE_REPLACED 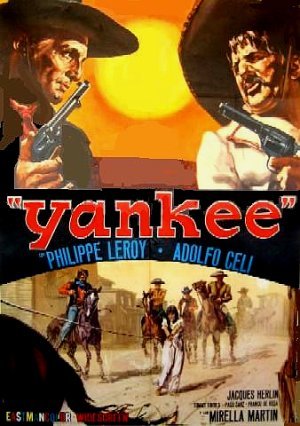 Early in his career, Tinto Brass tried his hands at a variety of genres. In the wake of A Fistful of Dollars the Western was hot in Italy and so even TB had a go at it. The resulting film is definitely watchable, and with interesting cinematography and decent acting it is much better than many of the other low budget atrocities Cinecitta would throw at the unsuspecting cinema-going public in the following years.

Amongst the elements one could criticise is the wiseness of the casting choices. Both Philippe Leroy and Adolfo Celi are fine actors, but they do not blend very well into this setting. Leroy is not enigmatic enough for his role (he also looks uncomfortable in his gear) and Celi is better at playing non-physical villains.

The film has little to add to the genre. The title hero, Yankee, is just a slight variant of the man with no name and throughout I watched this with a sense of deja vu. Brass certainly had a good look at the work of Leone and Corbucci. In turn, Sergio Corbucci seems to have watched this – the final scene appears to be the inspiration for Corbucci’s I Crudeli. END_OF_DOCUMENT_TOKEN_TO_BE_REPLACED