Quote:
An old man is wandering round a badly signposted and as yet mostly under construction Prague housing estate looking for the high rise block into which he is supposed to be moving with his daughter’s family. The old granddad from the countryside likes chatting, nothing escapes his eyes and he wants to give everyone a helping hand. END_OF_DOCUMENT_TOKEN_TO_BE_REPLACED Her first foray into documentary filmmaking was a short called Green Street (1959), a look at an over-loaded freight train departing from Prague. Though only nine minutes in length, Chytilová’s astute editing ensured a visual spectacle.

Quote:
One of the defining works of the Czech New Wave was the portmanteau film Pearls from the Deep (Perlicky na dne, 1965). Not only did it bring five key directors of the Wave (Chytilova, Jires, Menzel, Nemec and Schorm) together in one film, making it the Wave’s official “coming out” as a group, but it tied them to a writer, Bohumil Hrabal, whose ability to capture the rhythms and refrains of everyday spoken Czech was highly influential on the Wave’s direction END_OF_DOCUMENT_TOKEN_TO_BE_REPLACED

Since he works many hours in the maternity ward of a Czech hospital, the comic couplings of a young doctor take place in whatever out-of-the way spots he can find. Sometimes he has a few free hours, and he takes his women to a secluded spot. Some of these spots have become legends: once he took his girl to a junkyard, and their lovemaking became the object of attention of a horde of workers poised on cranes in any spot they could find. His two primary loves are the wife of the head of the clinic and one of the nurses there. When he discovers that he is falling in love with the nurse, he proposes marriage, but she is much too independent to put up with the likes of him for long – even if she is pregnant with his child. END_OF_DOCUMENT_TOKEN_TO_BE_REPLACED

A cautionary tale about the dangers of unprotected promiscuity among heterosexuals, this story chronicles the exploits of three good friends. Pepe is the playboy of the bunch: despite having a lovely girlfriend, he finds a way to have sex with as many women as possible. His buddies from time to time exchange girlfriends with him. Though they are by no means the lothario he is, they do quite enough bed-hopping to get into trouble. When it becomes obvious that Pepe has gotten AIDS, his buddies, afraid for themselves, get mean. END_OF_DOCUMENT_TOKEN_TO_BE_REPLACED

Description:
Rostislav sitting on the beach with friend Peter philosophize about who is he – a creation of God or the Devil. Their conversation is interrupted by a naked man from a nearby nudist beach “Paradise”, which is looking for a doctor. At this point it appears that the doctor is both an experimental film’s director. END_OF_DOCUMENT_TOKEN_TO_BE_REPLACED 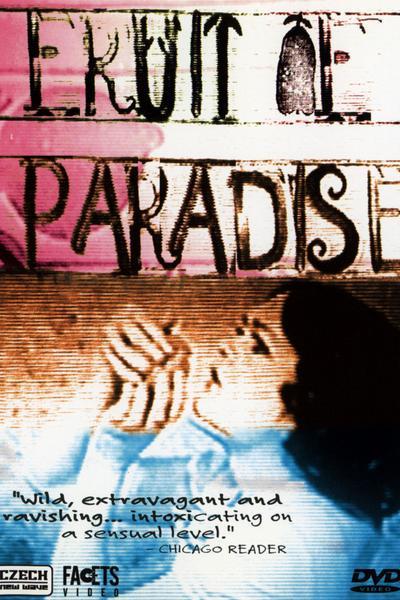 Quote:
“The Fruit of Paradise” is a breathtaking experimental film from Vera Chytilova. Well known for her surreal feminist comedy “Daisies” (1966), Chytlova uses many of the same hallucinatory camera tricks for “The Fruit of Paradise”. I used to think that the film “Begotten” was original until I saw the “Fruit of Paradise”. The film’s first 15 minutes is highly psychedelic as it tells the story of creation. There are layers of image on top of image with fast camera cuts. The film almost made my head spin with it’s fast pace, use of color and bizarre experimental sound effects. Then it breaks out into a song about Adam & Eve, which is hauntingly catchy. Now if only I could learn Czech. Then the story of Adam and Eve goes to a modern setting. The devil is portrayed as creepy man of middle age; a persistent stalker and serial killer of women. Eva and her boyfriend go on vacation to a health spa, where they encounter temptation. The devil gets Eva to eat the forbidden fruit. Then the film becomes very comical throughout, as the Devil chases adorable Eva everywhere she goes. Very deep, surreal and philosophical, “The Fruit of Paradise” is another underrated masterpiece to Czech out! END_OF_DOCUMENT_TOKEN_TO_BE_REPLACED