Orphans Edward “Blackie” Gallagher and Jim Wade are lifelong friends who take different paths in life. Blackie thrives on gambling and grows up to be a hard-nosed racketeer. Bookworm Wade becomes a D.A. vying for the Governorship. When Blackie’s girlfriend Eleanor leaves him and marries the more down to earth Wade, Blackie harbors no resentment. In fact, their friendship is so strong that Blackie murders an attorney threatening to derail Wade’s bid to become Governor. The morally straight Wade’s last job as D.A. is to convict his friend of the murder, and send him to the electric chair. After he becomes Governor, Wade has the authority to commute Blackie’s death sentence– a decision that pits his high moral ethics against a lifelong friendship. END_OF_DOCUMENT_TOKEN_TO_BE_REPLACED

Synopsis:
While serving in World War I, mild-mannered Jimmy (Franchot Tone) strikes up an unlikely friendship with outspoken Fred (Spencer Tracy), but an Army nurse named Rose (Gladys George) comes between them. While Fred ends up in a POW camp, Jimmy makes a courageous turn in battle, thus winning Rose’s love. Unfortunately, after the war ends, Jimmy still yearns for the thrill of combat. Without an outlet, it isn’t long before he willingly enters the seedy criminal underbelly of New York City. END_OF_DOCUMENT_TOKEN_TO_BE_REPLACED

San Francisco is a 1936 film directed by W.S. Van Dyke, written by Anita Loos, starring Clark Gable, Jeanette MacDonald, Spencer Tracy and Jack Holt. It was nominated for six Oscars, of which it won one. The film tells the story of Mary Blake, who, out of poverty, starts singing at a local gambling hall. When she moves on, the owner of the gambling hall, Blackie, keeps following her. The confrontations between Mary and Blackie are suddenly put to a stop with the advent of the San Franscisco earthquake. END_OF_DOCUMENT_TOKEN_TO_BE_REPLACED

Unscrupulous trader Sebastian has little trouble cheating the inhabitants of the South Seas paradise and leading the natives to adopt some of the more unfortunate habits of “civilized” men. He has little opposition save Dr. Matthew Lloyd, once an educated and prominent physician but now smothered in the depths of alcoholic deterioration. When Lloyd goes too far in his attempts to thwart the success of the trader’s greedy plots, Sebastian sees to it that the doctor is framed for a crime and sentenced to be cast adrift tied to the wheel of a derelict ship. END_OF_DOCUMENT_TOKEN_TO_BE_REPLACED 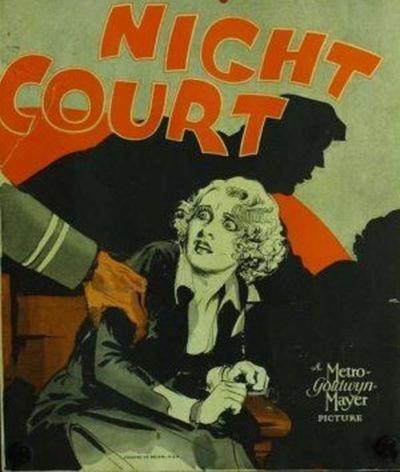 Quote:
Judge Moffett is as crooked as they come and the Board of Judicial Corruption is after him. So he hides out in the poor part of town. While there, she drops the bankbook that Moffett has listing his accounts and Mary returns it to him. But Moffett thinks Mary saw the book and he puts her away for six months on a trumped up charge. Mike is overcome with grief and when he comes to his senses, he talks to Mary who tells him about the book. This gets Mike beat up and put on a boat to South America, but he jumps ship and plots his revenge. END_OF_DOCUMENT_TOKEN_TO_BE_REPLACED 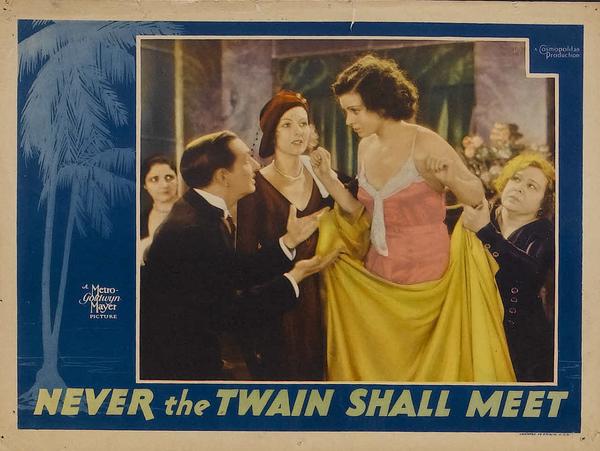 Dan works for Pritchard and Pritchard out of San Francisco and is in love with Maisie, referred to as “the icebox” by his news reporter friend. As one of his ships returns to San Francisco, Dan learns that the Captain has contracted Leprosy and asks Dan to be the guardian of his South Sea island daughter Tamea. Dan soon learns that Tamea wants him and will do nothing without a kiss. But Tamea soon learns that she is different than Dan and Maisie and that makes her angry. Dan decides to go and live on the island with Tamea, but soon finds out that Paradise is not everything that he thought it was. END_OF_DOCUMENT_TOKEN_TO_BE_REPLACED 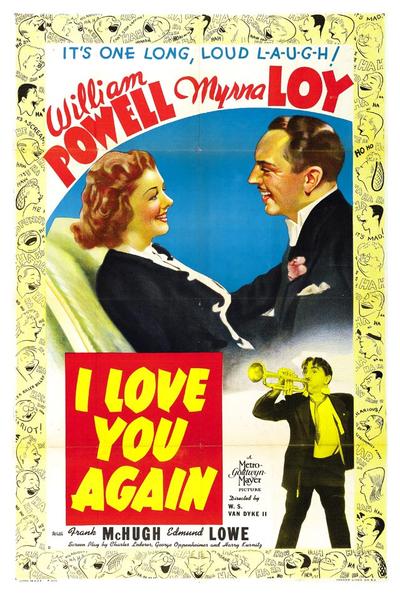 Plot Synopsis by Hal Erickson
Those popular MGM co-stars William Powell and Myrna Loy take a break from their usual Thin Man duties to star in the zany comedy I Love You Again. The film opens with Loy prepared to divorce her dull businessman husband Powell. A blow on the head causes Powell to remember his former life as a notorious con man. No one in town has any knowledge of Powell’s criminal past, a fact he hopes to use to his advantage. Loy, astounded at Powell’s sudden surge of amorous ardor, reconsiders her divorce. When she learns of his true identity, she is even more fascinated. Another blow on the head restores the non-criminal Powell–at least, that’s what he and Loy would like you to believe. The film’s highlight is a screamingly funny sequence in which Powell plays scoutmaster to a group of surly youngsters (including Our Gang veterans Carl Switzer and Mickey Gubitosi, aka Robert Blake). END_OF_DOCUMENT_TOKEN_TO_BE_REPLACED