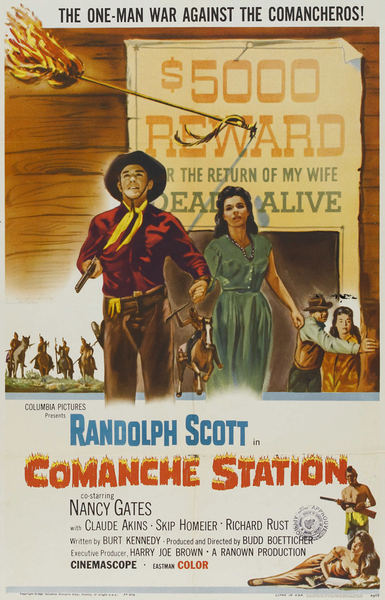 Synopsis
Loner Cody trades with the Comanches to get a white girl released. He is joined on his way back to the girl’s husband by an outlaw and his sidekicks. It turns out there is a large reward for the return of the girl, and with the Indians on the warpath and the outlaw being an old enemy of Cody’s, things are set for several showdowns. END_OF_DOCUMENT_TOKEN_TO_BE_REPLACED 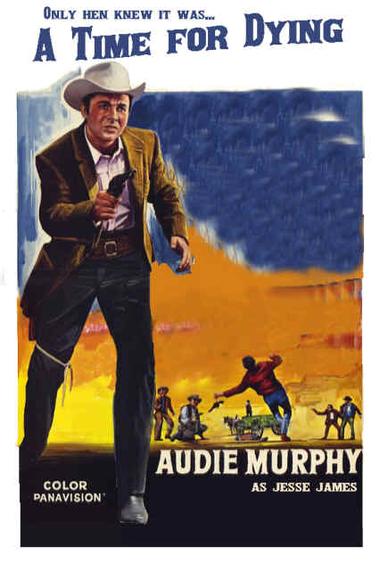 Synopsis
This unique western centers on an innocent farm boy with a talent for handling guns who decides to make it big. He begins as a bounty hunter. Later he encounters a crazed gunslinger and ends up fatally shot. Before the fateful encounter, the young man is visited by a number of mythical western heroes including Judge Roy Bean, seen as a sentimental drunk, and Jesse James who gives the boy some good advice. END_OF_DOCUMENT_TOKEN_TO_BE_REPLACED 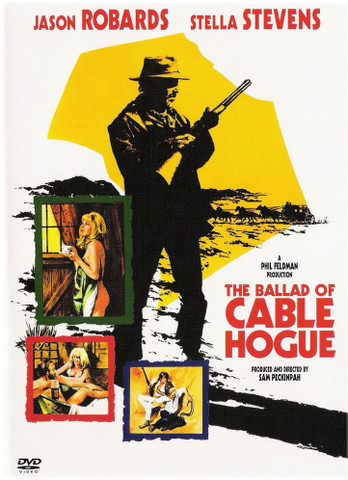 SYNOPSIS
Peckinpah demonstrated a sense of humor in THE BALLAD OF CABLE HOGUE that had not been seen since his early TV days when he ran one of the best and most overlooked cowboy shows ever, “The Westerner,” starring Brian Keith. CABLE HOGUE is at its best when chronicling how the Old West passed and mercantilism spread across the Great Plains.
Robards is a prospector abandoned in the desert and left to die by Martin and Jones. (They worked together again that same year in THE BROTHERHOOD OF SATAN.) Instead of dying, he finds water in a previously arid spot, opens a rest stop for thirsty travelers, and prospers. Stevens is a whore determined to sleep her way to riches, and after a brief fling with Robards, she decides to move on to greener sheets, fleeing to San Francisco. (This is Stevens’s best role and underlines the terrible waste of her career–she’s terrific.) Warner pops in and out as a preacher who can’t decide whether he should save souls or live a life of dedicated hedonism. Hedonism wins. If you’re expecting blood and guts and slow-motion death forget it. Peckinpah decided to make a different movie here, and different it is. Not a hit at the box office, it remains one of his finest efforts, funny, touching and never mawkishly sentimental. END_OF_DOCUMENT_TOKEN_TO_BE_REPLACED 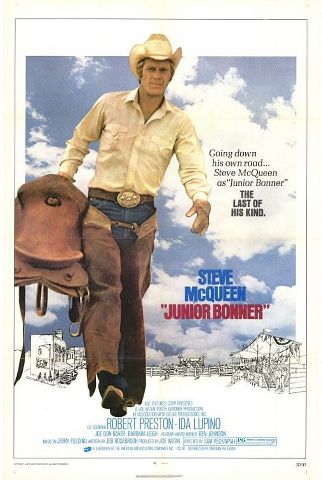 Plot Synopsis from Allmovie
Sam Peckinpah eschews his slow-motion bullet ballets for this quiet character study of ex-rodeo cowboy turned drifter Junior Bonner (Steve McQueen), who returns home to Arizona to reconcile with the family he hasn’t seen in years. Bonner is shocked to see that the solid family he was hoping to come back to is breaking apart. His parents, Ace (Robert Preston) and Elvira (Ida Lupino), have separated, and his brother Curley (Joe Don Baker) has turned into a heartless real estate tycoon, parceling off sections of his parent’s land for quick money. With nowhere to turn and nowhere to run, Bonner has to face himself and try to find a way to regain his self-respect. He is given that opportunity at the town’s Fourth of July Rodeo, where he is determined to mount and ride and unrideable bull. END_OF_DOCUMENT_TOKEN_TO_BE_REPLACED 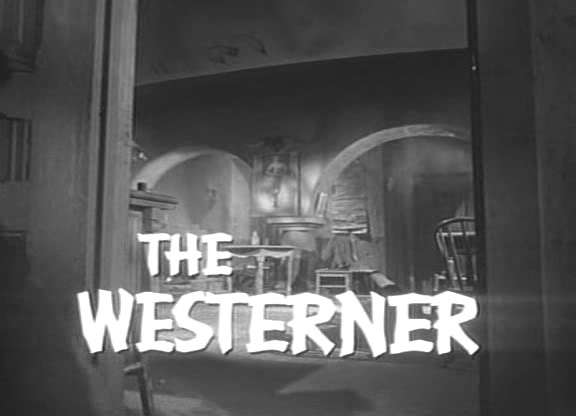 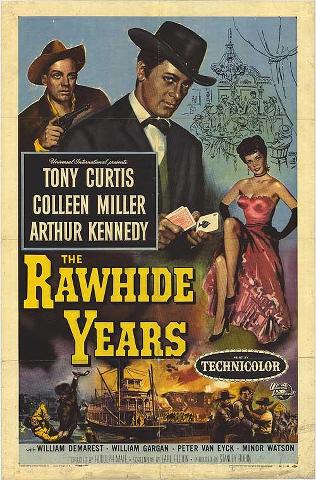 Synopsis :
In this western, an adventurous gambler goes on the lam when he is falsely accused of a riverboat killing. He hides out for three years before returning to prove his innocence and find the girl he loves. Unfortunately, the girl is involved with the gang ringleader responsible for the killing. END_OF_DOCUMENT_TOKEN_TO_BE_REPLACED

allmovie wrote:
David Brandon (James Gordon) is a surveyor in the Old West who dreams that one day the entire North American continent will be linked by railroads. However, to make this dream a reality, a clear trail must be found through the Rocky Mountains. With his boy Davy (Winston Miller), David sets out to find such a path, but he’s ambushed by a tribe of Indians led by a white savage, Peter Jesson (Cyril Chadwick); while the boy manages to escape, David is killed. Years later, the adult Davy Brandon (George O’Brien) still believes in his father’s dream of a transcontinental railroad, and legislation signed by President Abraham Lincoln has made it an official mandate. Davy is hired on as a railroad surveyor by Thomas Marsh (Will R. Walling), the father of his childhood sweetheart Miriam (Madge Bellamy). While Davy hopes to win Miriam’s heart as he helps to find the trail that led to his father’s death years ago, he’s disappointed to discover that Miriam is already married — and shocked to discover her husband is Peter Jesson, now working with the railroad as a civil engineer. As the Union Pacific crew presses on to their historic meeting at Promitory Point, Davy must find a way to earn Miriam’s love and uncover Peter’s murderous past. END_OF_DOCUMENT_TOKEN_TO_BE_REPLACED