Posle Smerti [After Death]A titan of the early Russian cinema, Evgenii Bauer was born in Russia in 1865. His father was a renowned zither-player, while his sisters became actresses. Bauer graduated from the Moscow Institute of Painting, Sculpture and Architecture. Over the years, he was an amateur actor, a caricaturist for magazines, a newspaper satirist, a theatrical impresario, and an artistic photographer. He was especially recognized for designing sets for theatrical productions, a talent that eventually brought him into the cinema when he designed the sets for Drankov and Taldykin’s commemorative historical film, Trekhsotletie Tsarstvovaniya Doma Romanovykh (The Tercentenary of the Rule of the Romanov Dynasty), released in 1913. Encouraged by Drankov and Taldykin, Bauer, then 48 years of age, graduated to directing for their company. END_OF_DOCUMENT_TOKEN_TO_BE_REPLACED

Despite living in luxury, Vera is lonely and discontented. When she accompanies her mother, the Countess, on a charity visit to the poor, she is troubled by what she sees, and she resolves to do whatever she can to help them. But one man takes advantage of her innocence, and he lures her into a trap so that he can assault her. The dreadful results of this attack will affect Vera’s life long afterward. –imdb END_OF_DOCUMENT_TOKEN_TO_BE_REPLACED 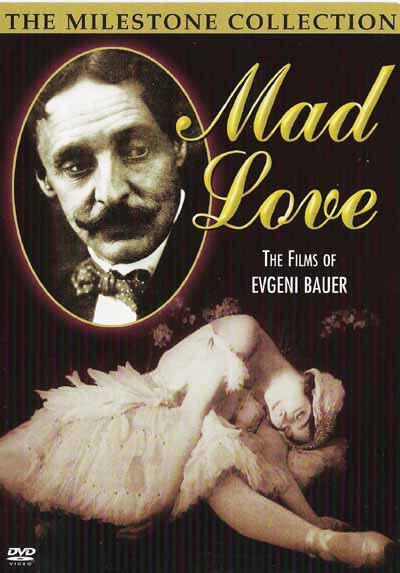 For many decades, Bauer’s films were buried in the Soviet archives — declared too “cosmopolitan” and bizarre for the puritanical Soviet regime. But with the fall of the Iron Curtain, Bauer’s work has risen like a glorious phoenix out of the ashes of time. by MilestoneFilms END_OF_DOCUMENT_TOKEN_TO_BE_REPLACED