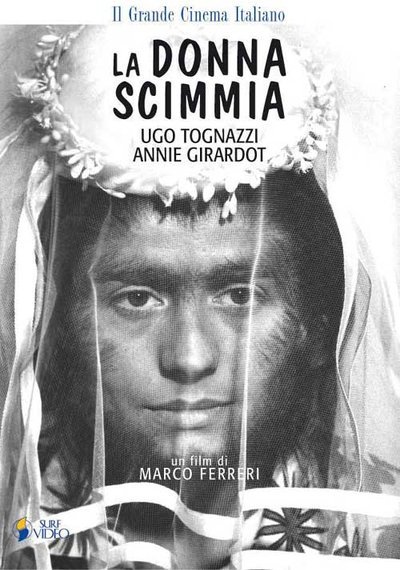 A modest Neapolitan man meets a young woman with excessive hairiness. He exhibits her at fairs and marries her.It is after marriage that he receives a tempting offer from a French manager. END_OF_DOCUMENT_TOKEN_TO_BE_REPLACED

During a Post-Apocalyptic period in the near future the majority of the European population has been wiped out by some sort of undefined plague. Cino and Dora, a young couple, are rounded up by what constitutes the authorities on an isolated temporary base. They are examined and given antibiotics which will protect them for six months, told to pick out a deserted house to live in the area, and use that time to conceive a child. They are later visited by an enigmatic group of black-clothed, initially threatening vigilantes who are evidently satisfied with the couple when they hear that a child is contemplated. However, despite her evident fondness for Cino, Dora is reluctant to try to conceive a baby. Then their domestic tranquility is interrupted by a beautiful French interloper who seems as if she is more than willing to fill in for Nora and conceive Cino’s children. END_OF_DOCUMENT_TOKEN_TO_BE_REPLACED 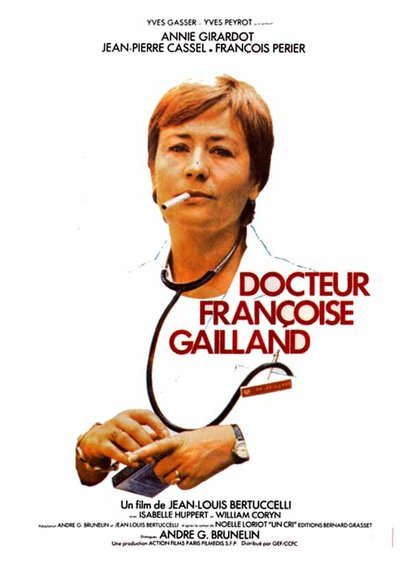 Synopsis
In the course of her career, Françoise Gailland has earned herself a reputation as a formidable medical practitioner, highly respected at the Paris hospital where she works. But this professional success has come at a price. She has neglected her family, to the extent that she is virtually estranged from her husband and teenage children. When she is diagnosed with lung cancer, Françoise decides to set the record straight, whilst she still has time… END_OF_DOCUMENT_TOKEN_TO_BE_REPLACED

Synopsis:
For some time now, women coming home at night have been savagely murdered by a mysterious serial killer. Inspector Lagrume thinks he has found the culprit in the person of Barberot, a local butcher. But Maigret, who takes over the investigation, is not convinced. Deep inside himself, he knows the murderer is still at large. But how to trap him ? END_OF_DOCUMENT_TOKEN_TO_BE_REPLACED 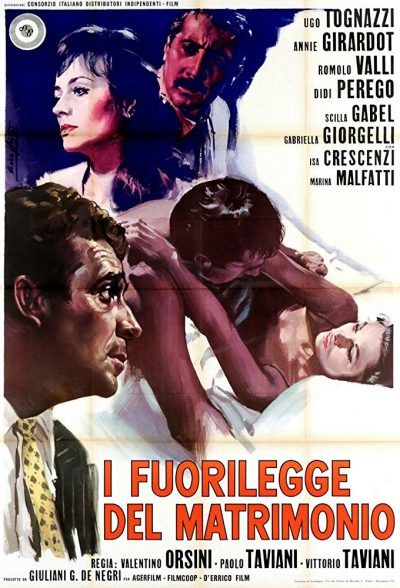 Studies of various married couples, who under Italian law as it stands, are unable to be freed from a painful and unhappy marriage. END_OF_DOCUMENT_TOKEN_TO_BE_REPLACED

Quote:
Michael Haneke’s latest torture mechanism is less funny game than daunting debasement ritual. Isabelle Huppert stars as Erika Kohut, an icy piano teacher who goes masochistic when handsome young Walter Klemmer (Benoit Magimel) wants to play with her cold ivory. Huppert responds to Haneke with such straight-faced precision that you might just buy into the director’s seemingly shallow provocations. Spousal punishment in Bergman’s Cries & Whispers came in the form of self-mutilation. Haneke, though, has Huppert paint a more squeamish picture of self-love that also contemplates the possibility of pleasure in pain. The director has an uncanny ability to force the spectator’s gaze and takes his time revealing Erika’s many fetishes. Though all-powerful in the classroom, Erika is slapped around by her busybody mother as if she were a constantly misbehaving child. END_OF_DOCUMENT_TOKEN_TO_BE_REPLACED

Quote:
When his wife leaves him, a young French actor, François Combe, moves to New York to work for a television company. One evening, he meets an attractive young woman, Kay Larsi, in a bar. She is as lost and unhappy as he is, alone after her friend and flatmate Jessie left her. François and Kay become lovers, initially renting a room in a hotel before moving into François’ apartment. When François finds out that Kay is not only the wife of a diplomat, but also a wealthy countess who ran off with a gigolo, he begins to have doubts about the relationship. Then Kay announces she must return to her home in Mexico to visit her sick daughter… END_OF_DOCUMENT_TOKEN_TO_BE_REPLACED