In Serbia, Baron Frankenstein lives with the Baroness and their two children. He dreams of a super-race, returning Serbia to its grand connections to ancient Greece. In his laboratory, assisted by Otto, he builds a desirable female body, but needs a male who will be superbody and superlover. He thinks he has found just the right brain to go with a body he’s built, but he’s made an error, taking the head of a gay aesthete. Meanwhile, the Baroness has her lusts, and she fastens on Nicholas, a friend of the dead lad. Can the Baron pull off his grand plan? He brings the two zombies together to mate. Meanwhile, Nicholas tries to free his dead friend. What about the Baron’s children? END_OF_DOCUMENT_TOKEN_TO_BE_REPLACED 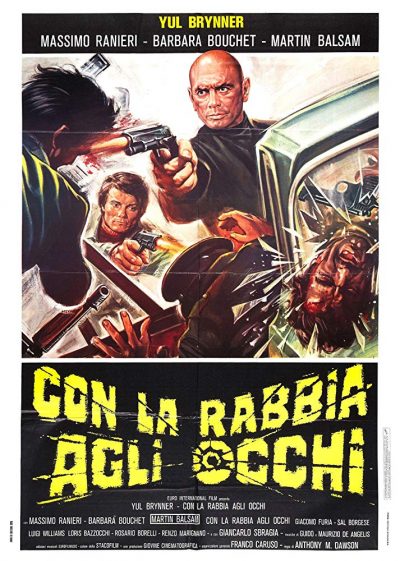 Plot / Synopsis
In the star’s final big screen role, Yul Brynner plays Peter Marciani, a former mob assassin who comes out of retirement to track down the man who killed his brother, but he finds that the murder was only a trap set for him by an underworld kingpin in Italy.
Enjoy this rare eurocrime co-starring the gorgeous Barbara Bouchet! END_OF_DOCUMENT_TOKEN_TO_BE_REPLACED

Antonio Margheriti – Yor, the Hunter from the Future (1983) 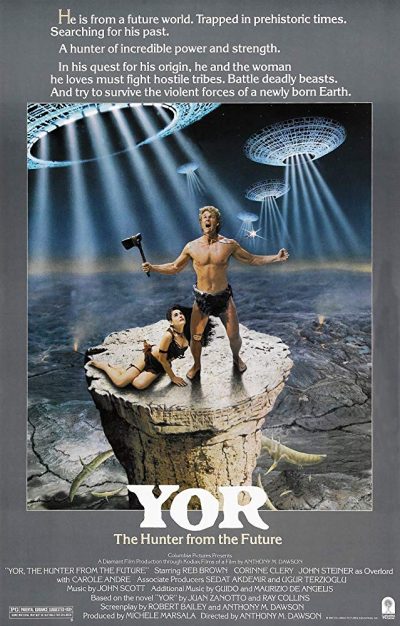 Plot Synopsis: Yor, an extremely blond prehistoric warrior, comes to question his origins, particularly with regard to a mysterious medallion he wears. When he learns of a desert goddess who supposedly wears the same medallion, Yor decides that he must find her and learn his true identity. Along the way, he encounters ape-men, dinosaurs, and a strange futuristic society. END_OF_DOCUMENT_TOKEN_TO_BE_REPLACED