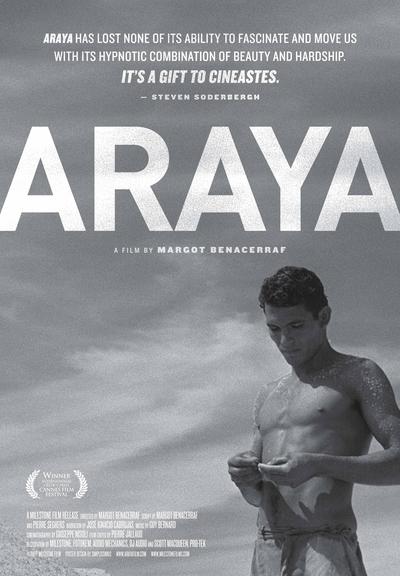 The restoration of Margot Benacerraf’s brilliant 1959 tone poem ARAYA, commemorating the 50th anniversary of the film’s first showing at the Cannes Film Festival, will change the face of Latin American film history. Although it shared the Cannes International Critics Prize with Alain Resnais’s Hiroshima, Mon Amour, ARAYA was never picked up for widespread distribution. Rarely shown, this masterpiece was largely forgotten by the film world. Milestone’s North American theatrical premiere and worldwide release in 2009 will give audiences the chance to rediscover Benacerraf — a powerful and distinctive voice in the history of cinema. END_OF_DOCUMENT_TOKEN_TO_BE_REPLACED