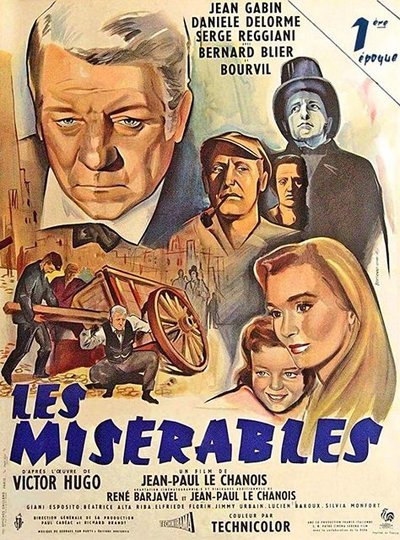 Synopsis:
Jean Valjean (Jean Gabin) is paroled after serving 19 year term in a hard labor prison for stealing some bread. After spending a night in a missionary, he tries to steal some silverware, but he is set straight by a kindly bishop (Fernand Ledoux) who protects him from the police and gives him a set of expensive candlesticks and makes him promise that he has to become a new man that day. Nine years later, Valjean is now a wealthy industrialist and a mayor. END_OF_DOCUMENT_TOKEN_TO_BE_REPLACED 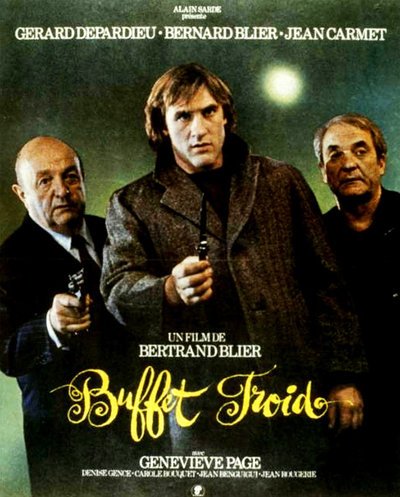 Black comedy about solitude and dishumanization of the modern world, through the adventures of three men. First introduced is Alphonse Tram, an unemployed young man. His only neighbour is the police chief-inspector Morvandieu. Then a third man appears : he is Alphonse’s wife’s murderer… Bizarre and unreal. END_OF_DOCUMENT_TOKEN_TO_BE_REPLACED

Pleasure-seekers deal with the official closing of French bordellos after the passing of the 1949 legislation outlawing the houses of ill repute. Part two finds a former prostitute who is besieged by former associates after she pulls off a successful robbery attempt. The final segment has a wealthy but sanctimonious patron offering a joy girl a place to stay. His house becomes a popular meeting place when his friends and the prostitute’s friends get together for fun and games. END_OF_DOCUMENT_TOKEN_TO_BE_REPLACED

Synopsis:
‘Recently appointed a magistrate, Jacques Arnaud arrives in Lancourt, a small provincial town which is under the control of Boussard, an scrupulous businessman. Arnaud’s first client is Dutoit, who rears German sheep dogs for a living. Dutoit reports that someone has been poisoning his dogs. Could it be the same person who has recently broken into his house to steal a black file drawn up by his friend Le Guen just before he died, a file that implicates Boussard in fraudulent speculation? Suspicious, Arnaud begins by exhuming le Guen’s body; the autopsy reveals the presence of arsenic…’ END_OF_DOCUMENT_TOKEN_TO_BE_REPLACED

M. Septime rules the renowned Paris restaurant “Chez Septime” with an iron fist. Grovelling before his rich and powerful customers, M. Septime feels free to treat his employees like children at best or like slaves at worst. M. Septime would be very happy if things just continued the way they are. But Destiny will have it otherwise. Indeed one day, Novales, a South American president, disappears while dining in his restaurant and it looks as if Septime has something to do with it END_OF_DOCUMENT_TOKEN_TO_BE_REPLACED

In this action-packed slapstick comedy – a dying mob boss nicknamed “The Mexican” asks his old friend and ex-gangster, Fernand Naudin (Lino Ventura), to come out of retirement to take over the family businesses and protect his soon to be married daughter. The rival families take an exception to this and unleash their henchmen to take care of Naudin, but they get much more than they bargained for. After surviving their first onslaught, he declares war on the other families and their shady operations. The stellar cast includes Bernard Blier and Francis Blanche with great direction by Georges Lautner and writing by Michel Audiard. The writer, director and three leads reappeared the following year in the even more successful Spy vs. Spy comedy, The Great Spy Chase (Les Barbouzes). END_OF_DOCUMENT_TOKEN_TO_BE_REPLACED

Synopsis:
The Marquis de Villemaur reunite stranges visitors in his Castle, to meet a survivor of the 3rd Reich. There is an Italian fascist ; Heinrich, a German ; Matthias, a russian ; and Dromard, a blind French war hero, with a black monocle. END_OF_DOCUMENT_TOKEN_TO_BE_REPLACED