Phil Karlson (“The Phenix City Story”/”Kansas City Confidential”/”Scandal Sheet”) directs with verve this gripping caper thriller based on a Good Housekeeping serialized magazine story that was based on the novel by Jack Finney and is well-written by John Barnwell, William Bowers, Stirling Silliphant and Frank Tashlin. END_OF_DOCUMENT_TOKEN_TO_BE_REPLACED

Fred Camper wrote:
This 1957 noir masterpiece by Jacques Tourneur stars Aldo Ray as a man fleeing a private investigator and Anne Bancroft as the barroom acquaintance who agrees to help him. Ray’s past is revealed gradually in a series of flashbacks, which are intercut with the couple’s flight and the investigator’s pursuit; by developing each narrative in a parallel space or time, Tourneur movingly articulates the theme of a character trapped by his history. The images have a smooth, almost liquid quality, the high-contrast lighting of most noirs replaced by a delicate lyricism that takes the natural world as the norm. Tourneur links this naturalism to Ray’s growing observational skills (“I know where every shadow falls,” he says), but it also contrasts with the story’s acute paranoia. END_OF_DOCUMENT_TOKEN_TO_BE_REPLACED 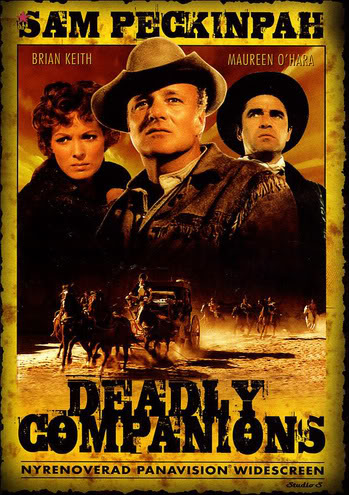 Quote:
With its small cast, character-driven story, and modest production values, Sam Peckinpah’s first feature film seems very like another of his TV Western dramas–just one that happened to get shot in Panavision. The director’s favorite TV actor, Brian Keith, plays a surly loner named Yellowleg who ventures into Indian country with a dance-hall girl (Maureen O’Hara), the corpse of her little boy, and a pair of marginally human specimens (Steve Cochran and Chill Wills) who more than justify the title. Everybody has, or seems to have, a guilty or shameful secret: Why does Yellowleg keep his hat on? Was Kit (O’Hara) a widow, or a whore? Action, menace, and ethical dialogues come and go pretty much according to TV rhythms, and the visuals and editing are conventional. But there’s enough quirky character work and offbeat mood-making to hint at the singular filmmaker soon to arrive big-time. –Richard T. Jameson END_OF_DOCUMENT_TOKEN_TO_BE_REPLACED 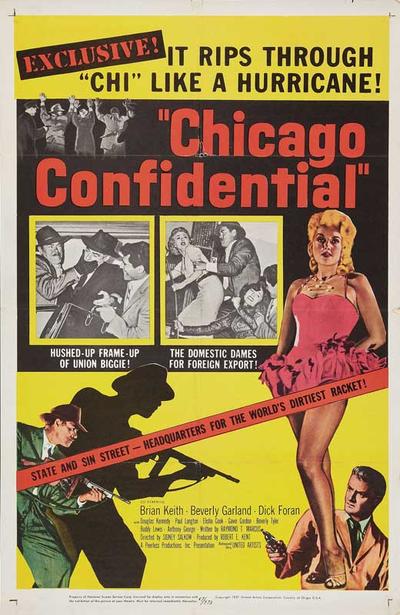 An honest union official named Blane is framed for the murder of another union official. Thus off the hook, the crime syndicate actually responsible for the crime is free to continue its activities. However, State’s Attorney Jim Fremont begins to suspect that Blane has been set up. Fremont launches a new investigation. END_OF_DOCUMENT_TOKEN_TO_BE_REPLACED