The first love between two very different characters is the prism through which we are shown the point of view of the film-makers who denounce war and plead for simple human happiness. END_OF_DOCUMENT_TOKEN_TO_BE_REPLACED

A barrage balloon appears unexpectedly over a Bulgarian village. The startled villagers decide to knock it down with a fusillade. But the balloon flies off to the mountains. The villagers, armed to their teeth, set off after it. But they are not alone in this undertaking. There is another armed group that chases the wonder. An argument whose property the balloon is breaks out between the two groups. It turns out that the balloon flew from Romania over the Danube River. In the turmoil following the argument, the balloon is destroyed. The police arrive and punish the villagers for meddling in other peoples affairs. END_OF_DOCUMENT_TOKEN_TO_BE_REPLACED

Quote:
Two brothers who have lost all contact are suddenly brought together when they have opposite roles in a racist beating: while Georgi who’s recently joined a neonazi group participates in the violence, Itso witnesses and rescues the Turkish family. Georgi, now being asked to participate in larger events, starts to question his implication in the movement and Itso wonders if the beautiful Turkish girl he saved could be his ticket out from his sad life in Sofia. Only by reuniting will the two brothers be able to assess what they really want from life. END_OF_DOCUMENT_TOKEN_TO_BE_REPLACED 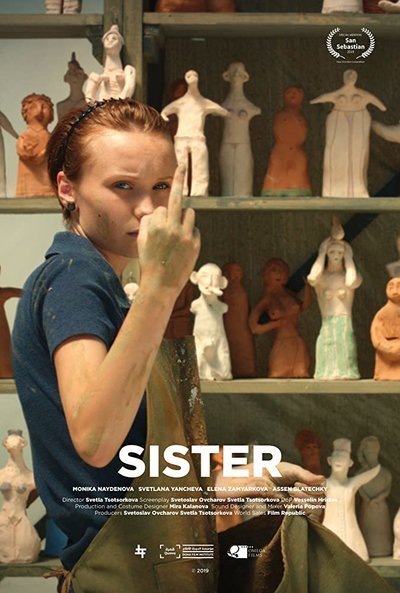 Quote:
In a small town in present-day Bulgaria, a mother and her two daughters are struggling to survive. The dreamy and distracted younger daughter often invents stories to make life more interesting. Unwittingly, she eventually gets caught in a web of her own lies and destroys her older sister’s well-ordered materialistic world. While struggling to get to the facts, the two sisters find out the truth about their mother. END_OF_DOCUMENT_TOKEN_TO_BE_REPLACED 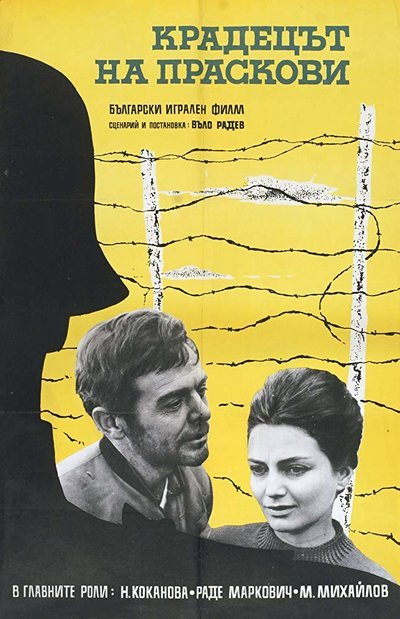 synopsis
In this Bulgarian drama, a POW interred in a camp slyly sneaks peaches from a colonel’s orchard. During one illicit foray, he meets the colonel’s wife and they become lovers. When the colonel orders the prisoners moved, the POW becomes determined to stay with the wife. During the march he escapes in hope of convincing her to run with him, but ends up killed by a guard who has been ordered to protect the peach trees from raiders.by Sandra Brennan END_OF_DOCUMENT_TOKEN_TO_BE_REPLACED

Quote:
Avé (Anjela Nedyalkova) and Kamen (Ovanes Torosian) meet on the road, hitchhiking toward Ruse in northern Bulgaria for different and ultimately unclear reasons. He wears a black leather jacket over a blue hoodie with the hood up; she wears a red jacket atop a black hoodie, a brown cap on her head. Little is made of the clothes in the dialogue that begins to build between the two strangers, but the way they dress, along with a few other seemingly minor directorial choices and scriptural contrivances, denote Konstantin Bojanov’s Avé as something more memorable and fascinating than a great deal of modern road movies, never mind post-adolescent romances. END_OF_DOCUMENT_TOKEN_TO_BE_REPLACED

Quote:
The 7th century is the time of the Great Migration of the Peoples. Under the pressure of the invaders the proto-Bulgarian tribes of Khan Kubrat are forced to split in four parts in the hope that one would survive. For twenty long years Kubrat’s youngest son Khan Asparoukh led his people across many foreign lands to find eventually a new homeland on the Balkan Peninsula and this time forever. The story is told by Byzantine Velisarius, a hostage with the Bulgarian who witnesses the whole of their difficult march. He sees the suffering of the people whom he already feels close to his heart and the personal drama of their Khan Asparoukh. In 681, in alliance with the local Slav tribes, the proto-Bulgarian deal a decisive blow on numerous Byzantine army, thus 13 centuries ago the foundations of the Bulgarian state and nation were laid down. -imdb summary END_OF_DOCUMENT_TOKEN_TO_BE_REPLACED