Synopsis:
General Dennis of the US Force in England in World War II finds that he must order his planes deeper and deeper into Germany to prevent the production of military jet planes that will turn the tide of battle to the Germans. He must fight congressmen, and his own chain of command to win the political battle before he can send his planes out. His problem is complicated by a very narrow window of good weather necessary to allow his effort to be successful. Adapted from a stage play, it attempts to look at the challenges of command in the political arena. END_OF_DOCUMENT_TOKEN_TO_BE_REPLACED

Synopsis:
The final film of stars Clark Gable and Marilyn Monroe is an elegy for the death of the Old West from writer Arthur Miller and director John Huston. Gable stars as Gay Langland, an aging hand traveling the byways and working at rodeos with his two comrades, Guido (Eli Wallach) and young Perce Howland (Montgomery Clift). The three men come up with a plan to corral some misfit mustangs and sell them for dog food, but Gay’s new girlfriend Roslyn Taber (Marilyn Monroe), a high-minded ex-stripper who has just divorced her husband Ray (Kevin McCarthy) in Reno, is appalled by the plan. Although both Guido and Perce are also in love with Roslyn, she stands by Gay, sure that in the end he will do the right thing, even as he and his pals begin their planned roundup.
— Karl Williams END_OF_DOCUMENT_TOKEN_TO_BE_REPLACED

Synopsis:
In this light drama, Clark Gable once again played his stock-in-trade role of a rogue with a heart of gold. Charlie King (Gable) runs a casino, but, in a business that thrives among the unscrupulous, Charlie takes pride in running an honest game and treating his customers with fairness and respect. However, Charlie’s wife Lon (Alexis Smith) doesn’t care if he runs a fair game — she regards gambling as a dirty and corrupt business, and no matter how honest Charlie may be, he’s still involved in a wicked activity. Charlie’s son Paul (Darryl Hickman) is also against him; when Paul gets in trouble and Charlie bails him out of jail, he refuses to leave with him, instead going home with mother. Charlie invites Paul to see what his casino is like, and Lon agrees that Paul should know just what his father does.
— Mark Deming. END_OF_DOCUMENT_TOKEN_TO_BE_REPLACED

Plot: Marion is a factory worker who hopes to trade the assembly line, for a beautiful penthouse apartment. Mark Whitney, a wealthy and influential lawyer can make her dreams come true, but there is only one problem, he will give her everything but a marriage proposal. Will this affair ever lead to marriage? END_OF_DOCUMENT_TOKEN_TO_BE_REPLACED

Plot:
Carla Van Oven becomes an allied spy in Holland during WW2, although she is suspected of having cooperated with and taken help from the Nazis. Colonel Pieter Deventer of Dutch Intelligence agrees that she may train to join a team in the resistance movement. The team starts to suffer heavy losses after she has joined them. Is she a traitor? Written by Mattias Thuresson END_OF_DOCUMENT_TOKEN_TO_BE_REPLACED

San Francisco is a 1936 film directed by W.S. Van Dyke, written by Anita Loos, starring Clark Gable, Jeanette MacDonald, Spencer Tracy and Jack Holt. It was nominated for six Oscars, of which it won one. The film tells the story of Mary Blake, who, out of poverty, starts singing at a local gambling hall. When she moves on, the owner of the gambling hall, Blackie, keeps following her. The confrontations between Mary and Blackie are suddenly put to a stop with the advent of the San Franscisco earthquake. END_OF_DOCUMENT_TOKEN_TO_BE_REPLACED 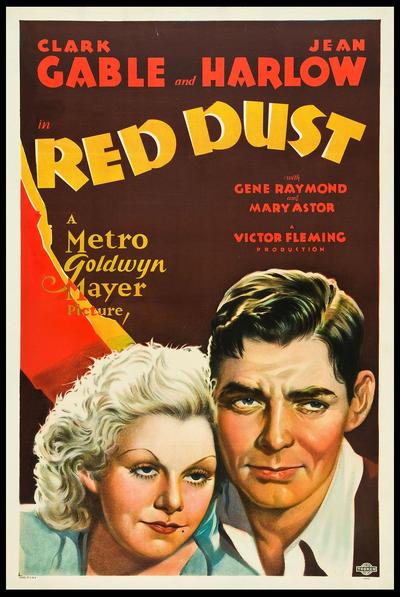 Plot:
Conditions are spartan on Dennis Carson’s Indochina rubber plantation during a dusty dry monsoon. The latest boat upriver brings Carson an unwelcome guest: Vantine, a floozy from Saigon, hoping to evade the police by a stay upcountry. But Carson, initially uninterested, soon succumbs to Vantine’s ostentatious charms…until the arrival of surveyor Gary Willis, ill with malaria, and his refined but sensuous wife Barbara. Now the rains begin, and passion flows like water… END_OF_DOCUMENT_TOKEN_TO_BE_REPLACED