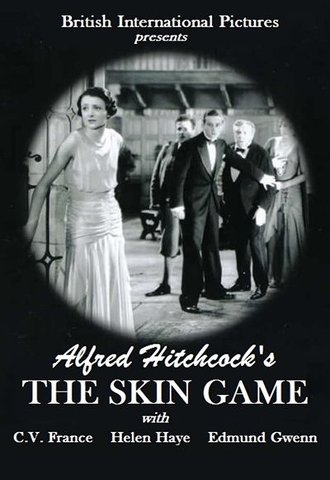 A rich family, the Hillcrests, is fighting against the speculator, Hornblower, who sends away poor farmers to build factories on their lands. When Mrs. Hillcrest finds out that Chloe Hornblower was a prostitute, she uses this secret to blackmail the speculator and force him to stop his business END_OF_DOCUMENT_TOKEN_TO_BE_REPLACED

Austrian Film Museum writes:
Bewitchedis an audaciously stylized psychodrama that marked the keenly anticipated directorial debut of Arch Oboler, a brilliant enfant terrible of radio drama whose popular horror series Lights Out and scandalous Adam and Eve parody – with none other than Charlie McCarthy and Mae West in the biblical roles -earned him regular comparison with Orson Welles. Obolian accepted the inevitable invitation to Hollywood where he worked successfully as a screenwriter before directing this striking adaptation of his own celebrated radio play Alter Ego. Bewitched. END_OF_DOCUMENT_TOKEN_TO_BE_REPLACED

Quote:
Harry and Eve Graham are trying to adopt a baby. The head of the agency senses Harry is keeping a secret and does some investigating. He soon discovers Harry has done an unusual amount of traveling from his home in San Francisco to Los Angeles. Harry gets tracked down in LA where he has a second wife and a baby. Via flashbacks, Harry tells the adoption agent how he ended up in two marriages. END_OF_DOCUMENT_TOKEN_TO_BE_REPLACED

Synopsis:
In the New Mexico desert, Police Sgt. Ben Peterson and his partner find a child wandering in the desert and sooner they discover that giant ants are attacking the locals. FBI agent Robert Graham teams up with Ben and with the support of Dr. Harold Medford and his daughter Dr. Patricia ‘Pat’ Medford, they destroy the colony of ants in the middle of the desert. Dr. Harold Medford explains that the atomic testing in 1945 developed the dangerous mutant ants. But they also discover that two queen ants have flown away to Los Angeles and they are starting a huge colony in the underground of the city. When a mother reports that her two children are missing, the team and the army have a lead to follow. Will they arrive in time to save the children and destroy the colony? END_OF_DOCUMENT_TOKEN_TO_BE_REPLACED

Synopsis:
There is a dead well-dressed man in a meadow clearing in the hills above a small Vermont town. Captain Albert Wiles, who stumbles across the body and finds by the man’s identification that his name is Harry Worp, believes he accidentally shot Harry dead while he was hunting rabbits. Captain Wiles wants to hide the body as he feels it is an easier way to deal with the situation than tell the authorities. While Captain Wiles is in the adjacent forest, he sees other people stumble across Harry, most of whom don’t seem to know him or care or notice that he’s dead. END_OF_DOCUMENT_TOKEN_TO_BE_REPLACED 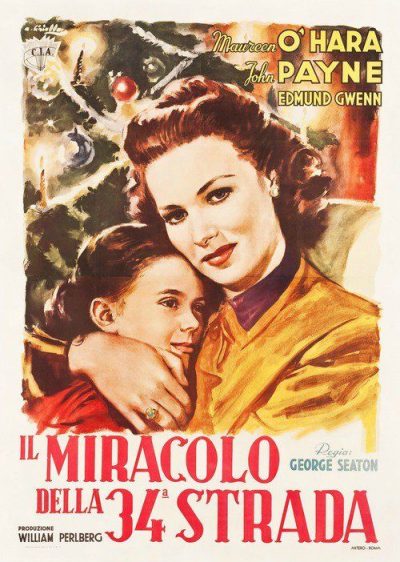 Doris Walker a no-nonsense Macy’s executive, desperately searches for a new store Santa. She hires Kris Kringle who insists that he’s the real Santa Claus. But, he has many skeptics like Doris and her six year old daughter, Susan. So Kris goes to court to try and prove it. Is he the real Santa Claus? Written by Kelly END_OF_DOCUMENT_TOKEN_TO_BE_REPLACED A bizarre entry in Alfred Hitchcock´s filmography: Johann Strauss Jr. is the son of the famous conductor and composer, and plays the violin in his father’s orchestra. He hasn’t had any of his own compositions performed or published because Strauss Sr. sternly discourages it. Not dismayed, Strauss Jr gives singing lessons to his gifted sweetheart Resi, the daughter of a pastry chef, and dedicates all his songs to her. Then he meets a Countess who has written some verses and asks his help in setting them to music. When her husband hears from a servant that a young man is upstairs with his wife, he storms into the music room, but the name of Strauss placates him. Later, Resi isn’t so easily placated, for she senses a rival. However, the Countess essentially has Strauss Jr’s best interests at heart. With a publisher friend, she successfully plots to have the elder Strauss delayed one night so that Jr’s new composition, “The Blue Danube” may receive a performance. Strauss Jr. conducts the waltz himself, becoming the sensation of Vienna. Soon afterwards, though the Prince’s suspicions have briefly been aroused again, everyone is finally reconciled.
In his interview with François Truffaut in 1964 and in many other interviews, Alfred Hitchcock referred to this film as “the lowest ebb of my career”. END_OF_DOCUMENT_TOKEN_TO_BE_REPLACED