Synopsis:
Based on a girl’s prize-winning school essay on the subject of “My Mother”. Mizuki Yoko fashioned one of her most moving scripts. Upon the death of her husband the mother (Tanaka Kinuyo) runs the family laundry by herself. She is helped by her first daughter (Kagawa Kyoko) bust must send her second daughter to live with relatives because she cannot afford to keep her. A real shomingeki with lots of heart
— Donald Richie, A Hundred Years of Japanese Film. END_OF_DOCUMENT_TOKEN_TO_BE_REPLACED

Quote:
Kyoko met Tetsu during her trip to San Francisco. Soon they fell in love but getting married was not in his mind. They were to meet again back in Tokyo but Tetsu didn’t turn up. END_OF_DOCUMENT_TOKEN_TO_BE_REPLACED

Quote:
One of Hani’s recurring themes was the status of women in modern society. His first attempt at the subject was this Antonioniesque melodrama set in a sterile high rise complex. A woman resident becomes discontent with the empty life she and her husband are leading. They encounter a street beggar who lives in poverty with his dog and a blind orphan. The woman becomes fascinated by the beggar’s world and pursues a friendship which leads to terrible discord and a tragedy. END_OF_DOCUMENT_TOKEN_TO_BE_REPLACED

Zatoichi returns to his home village for the first time in over ten years to find much has changed and that corruption abounds. END_OF_DOCUMENT_TOKEN_TO_BE_REPLACED

UFOs appear on Earth, and people who actually see them suddenly find that their blood has turned blue. Soon panic and hysteria result in the new “blue-bloods” being persecuted by the rest of mankind, and eventually certain all-too-familiar measures begin to be taken against them. END_OF_DOCUMENT_TOKEN_TO_BE_REPLACED 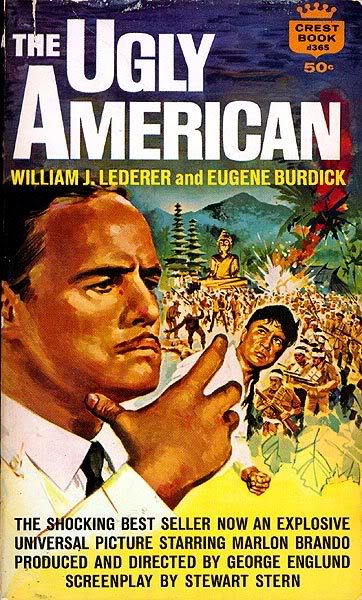 The Ugly American (1963)
An intelligent, articulate scholar, Harrison MacWhite, survives a hostile Senate confirmation hearing at the hands of conservatives to become ambassador to Sarkan, a southeast Asian country where civil war threatens a tense peace. Despite his knowledge, once he’s there, MacWhite sees only a dichotomy between the U.S. and Communism. He can’t accept that anti-American sentiment might be a longing for self-determination and nationalism. So, he breaks from his friend Deong, a local opposition leader, ignores a foreman’s advice about slowing the building of a road, and tries to muscle ahead. What price must the country and his friends pay for him to get some sense? END_OF_DOCUMENT_TOKEN_TO_BE_REPLACED