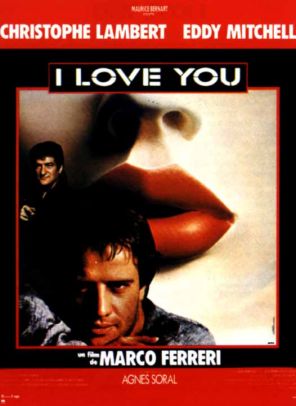 Synopsis
In another indictment of the flaws of our so-called civilization, this satire from the late director (Marco Ferreri) features (Christopher Lambert) as Michel, a miserable man who has failed at love and finds solace in a mechanical key holder. Michel has just been dumped by Barbara (Anemone) because he has not been able to get her pregnant. He is feeling pretty low when he finds a key holder with blue eyes and big red lips that responds to the sound of a whistle with “I Love You.” Michel tacks this gadget up on his TV set and whistles away. He seems happy with this fool-proof declaration of love until one day, the key holder responds to the neighbor’s whistle and Michel goes berserk. After all, if your key ring can’t be faithful, what’s the world coming to? ~ Eleanor Mannikka, All Movie Guide END_OF_DOCUMENT_TOKEN_TO_BE_REPLACED