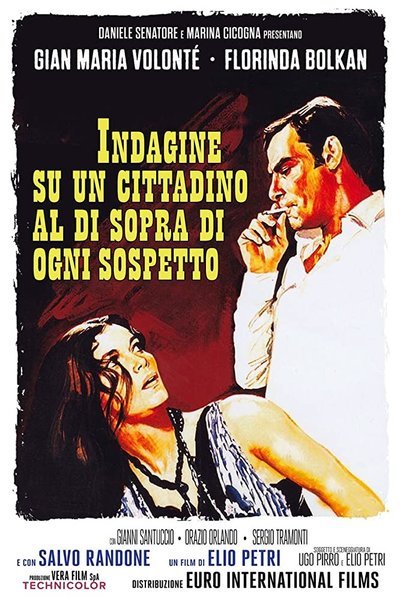 Quote:
A paranoid police procedural, a perverse parable about the corrupting elements of power, and a candidate for the greatest predated Patriot Act movie ever, Elio Petri’s stunning thriller makes no attempt to hide the culprit behind the film’s grisly murder: It wants you to know that Gian Maria Volonté’s dapper killer is responsible for the beautiful corpse splayed out on those black silk bedsheets. The shocks here are (a) that the spaghetti-Western stalwart isn’t wearing a cowboy hat for once, and (b) that Volonté is not just the criminal, he’s also the homicide detective heading up the investigation. Deliberately hiding some clues while planting others in plain sight—bloody footprints, a strand of his tie purposefully inserted under her fingernails—the rising-up-the-precinct-ladder cop plays a game of cat-versus-other-dumber-cats, all while ordering copious wiretaps and amassing blackmail fodder against radical agitators. Is he toying with his fellow officers to demonstrate his sociopathic superiority? Or is he trying to take down a rotten system from the inside, debunking the notion that any citizen is above suspicion? END_OF_DOCUMENT_TOKEN_TO_BE_REPLACED

The Day That Shook the World (Serbo-Croatian: Sarajevski atentat, lit. The Sarajevo Assassination) is a 1975 Czechoslovak-Yugoslav-German co-production film directed by Veljko Bulajić, starring Christopher Plummer and Florinda Bolkan. The film is about the assassination of Archduke Franz Ferdinand and his wife Sophie in Sarajevo in 1914 and the immediate aftermath that led to the outbreak of World War I. END_OF_DOCUMENT_TOKEN_TO_BE_REPLACED 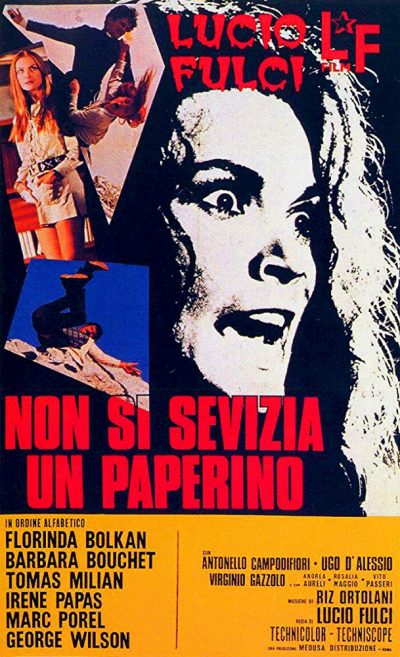 SYNOPSIS
An often overlooked but accomplished giallo (Italian detective story) from the macabre mind of Italian director Fulci. After several small boys are found murdered in a small town, a journalist goes in search of the killer. Even in a town steeped in ancient superstitions and suspicion, the twisted motives of the murderer are more shocking than anyone could have ever imagined. (Rotten Tomatoes)