Camilla, a middle-aged Venetian widow, arrives in Rome to take up service as a maid with the Rossetti family, made up of Mario, a doctor, his wife Giovanna and their children Andrea and Cristina. The economic conditions of the Rossetti are not flourishing and this causes tensions and disagreements. END_OF_DOCUMENT_TOKEN_TO_BE_REPLACED 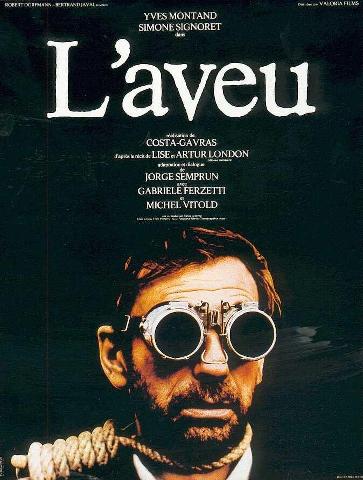 Synopsis
Gérard has been a loyal supporter of communism for all his adult life, serving in the French Resistance during the Second World War and supporting the civil war in Spain. Now, in 1951, he is the deputy minister for foreign affairs in Czechoslovakia. One day, he discovers that he is being followed, and, shortly after he is arrested and taken away to a makeshift prison. Without knowing why he has been arrested or who his captors are, Gérard is ordered to confess to his crimes against the State… END_OF_DOCUMENT_TOKEN_TO_BE_REPLACED