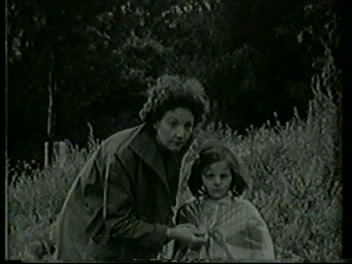 Quote:
Hanoun made “Une Simple Histoire” in 1958, but it looks more like 1938, with its dark, low-contrast photography (it was shot in 16-mm.), its unglamorous realism, and its heroine with her penciled eyebrows and her unstylishly bobbed hair. The heroine (Micheline Bezançon, the only player given credit in the program, although there are several other important roles) is a poor youngish woman who, with her little daughter, comes to Paris looking for a job. She doesn’t get a job, and when, eventually, she can’t afford a place to sleep she spends a night out of doors. She is discovered by a kindly older woman who takes her in (this is where the movie actually begins), and in whose apartment, in one extended flashback, she tells her story. END_OF_DOCUMENT_TOKEN_TO_BE_REPLACED