A closely observed character drama with a few thriller elements thrown in for added tension, The Romantic Englishwoman has all the hallmarks of director Joseph Losey’s best work: evocative European locations, immaculate performances, subtle writing, and an undercurrent of menace. So, even though the story is nominally about Elizabeth (Glenda Jackson), the dissatisfied wife of successful novelist Lewis (Michael Caine), it’s also about Thomas (Helmut Berger), a German freeloader who claims to be a poet but really makes his living as a drug courier. These characters muddle through life, the Brits narcotized by their boring routine and the German energized by the dangerous unpredictability of his existence, until their collision produces an emotional explosion with lasting repercussions.
[…] END_OF_DOCUMENT_TOKEN_TO_BE_REPLACED 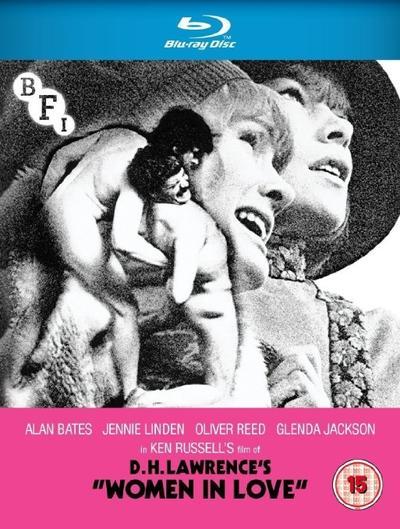 Quote:
Ken Russell’s celebrated and controversial film is a lyrical take on love and death as experienced by a Britain ravaged by World War One. Based on D H Lawrence’s acclaimed novel, it tells the story of two couples trapped between the pressure to follow convention and the urge to explore a Bohemian lifestyle. Set against the lush English landscape, the protagonists engage with nature in a direct and sensuous way, each searching for love but unsure what it means. Featuring stunning performances by Alan Bates, Jennie Linden, Oliver Reed and Glenda Jackson (whose role earned her an Academy Award), Women in Love is opulently designed, beautifully shot and is an undisputed landmark of British cinema. END_OF_DOCUMENT_TOKEN_TO_BE_REPLACED