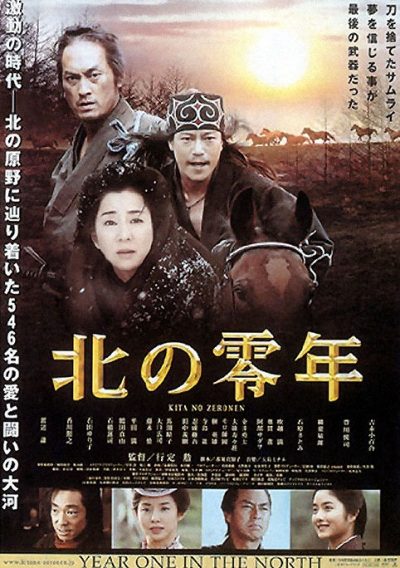 Quote:
In 1868, after the fall of the Shogun-dominated Japan, the new government orders people from Awaji, near Kobe, to re-locate to the northern part of Hokkaido. These people once supported the now displaced Samurais of the older days. After two years, over 500 of them settled in their new land under the leadership of Hideaki, husband of Shino. However, as crops fail he is to go to Sapporo to learn new techniques of farming, leaving his wife and daughter for 5 years. All this time, the new community is constantly watched by the government which choose to again uproot them from their new homes.[imdb] END_OF_DOCUMENT_TOKEN_TO_BE_REPLACED

Yuri and Takumi are brother and sister who faced unusually harsh treatment by their father. An act of brutality keeps them extremely close together until an older couple occupy the house where their secret was buried. END_OF_DOCUMENT_TOKEN_TO_BE_REPLACED

Synopsis:
Haruna is a high school student whose, school-mates, school and life is topsy turvy and often tragic. One of her classmates is the homosexual Ichiro. The boy is often bullied, derided and beaten. He has the scars to show for it. Haruna stands by Ichiro‘s side and comes to know Ichiro‘s secret. Then they discover a corpse by a river beside the tall grass. END_OF_DOCUMENT_TOKEN_TO_BE_REPLACED