Synopsis:
The world’s weather seems to have changed dramatically with violent storms everywhere and long dormant volcanoes suddenly erupting. No one is sure what is happening or why but when American intelligence chief Cramden loses yet another team of agents, there appears to be only one man who can do the job: Derek Flint, former super spy, incredibly rich and the ultimate ladies man. Despite Cramden’s concerns, Flint is on the job and soon discovers that the Earth’s weather is under the control of a secret organization known as GALAXY whose scientists are looking to pacify the world and devote humankind to scientific pursuits. END_OF_DOCUMENT_TOKEN_TO_BE_REPLACED

Former Z.O.W.I.E. spy Derek Flint (James Coburn) is called back from retirement after his former spy chief, Lloyd C. Cramden (Lee J. Cobb), is framed for prurient behavior with a prostitute, and U.S. President Trent (Andrew Duggan) experiences an incident of “lost time.” After Flint discovers irregularities on a recently launched space-station mission, he realizes that an international conspiracy is afoot. He travels the world and assumes myriad disguises to unravel the nefarious plot. END_OF_DOCUMENT_TOKEN_TO_BE_REPLACED

Synopsis:
American officers Lt. Christian (James Coburn) and Capt. Cash (Dick Shawn) are among the soldiers ordered to take over a small town in Sicily during World War II. Remarkably, the townsfolk have no problem being occupied by the American troops — they just want to ensure that their annual festival goes on as planned. With wine flowing freely, Christian, Cash and their peers soon get in over their heads, leading to lots of confusion on the part of both Allied and Axis forces. END_OF_DOCUMENT_TOKEN_TO_BE_REPLACED

Plot Synopsis by Mark Deming
In this caper comedy, Duffy (James Coburn) is a shaggy bohemian living in Tangiers who is approached for a less-than-legal business proposition by two half-brothers, carefree Stephane Calvert (James Fox) and stuffy businessman Antony Calvert (John Alderton). Though Stephane and Antony had different mothers, they share the same father, and they both hate him; Charles Calvert (James Mason) is a mean-spirited multi-millionaire who shows his sons little affection and isn’t very interested in cutting them in for the family fortune. Charles plans to transport several million dollars in banknotes by ship from Tangiers to Marseilles, and the brothers want Duffy to help them liberate the money from the ship. While the Calvert Brothers are persuasive, Stephane’s beautiful girlfriend Segolene (Suzannah York) is even more so, and Duffy finds that he not only wants to steal the cash from Charles, but the girl away from Stephane. Duffy was scripted by Donald Cammell, who gained a cult reputation for his first directorial effort, the Mick Jagger vehicle Performance. END_OF_DOCUMENT_TOKEN_TO_BE_REPLACED 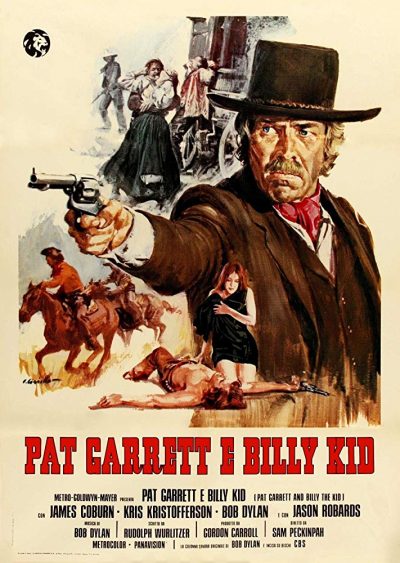 An aging Pat Garrett is hired as a lawman on behalf of a group of wealthy New Mexico cattle barons–his sole purpose being to bring down his old friend Billy the Kid. (IMDB) END_OF_DOCUMENT_TOKEN_TO_BE_REPLACED 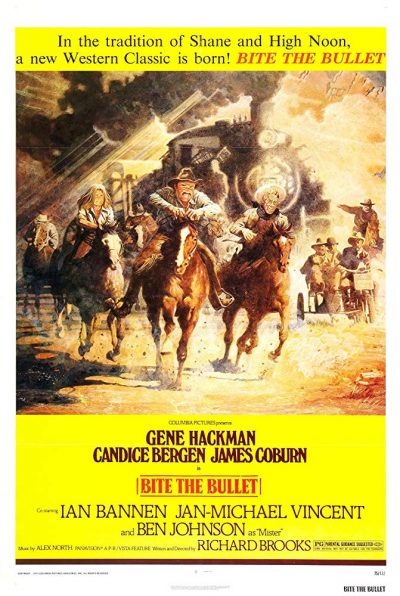 Description
A great mid-1970s cast holds fort in this Western tale of a test of endurance in a 1900s wasteland. A railroad company sponsors a unique competition: a grueling Denver-to-Kansas City horse race that tests the motivation and determination of a motley collection of competitors. The rivals come to respect each other as they endure one beautifully photographed hardship after another. The film features riveting performances by Gene Hackman, James Coburn, and Candice Bergen, among others. END_OF_DOCUMENT_TOKEN_TO_BE_REPLACED