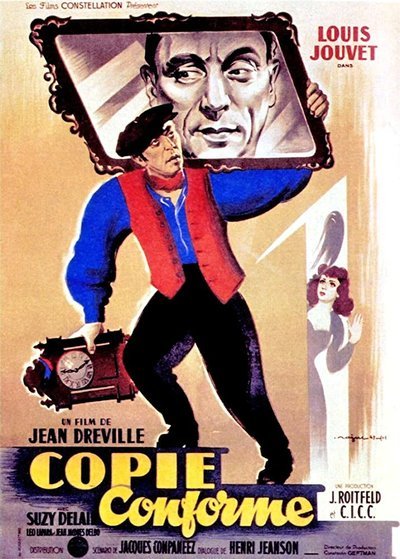 Synopsis:
No one would think that Manuel Ismora, an esteemed society photographer, is an audacious thief and con artist. The newspapers are ?lled with accounts of Ismora’s criminal exploits, which involve the fraudulent sale of a château and the theft of some valuable jewels, but the police are slow in bringing him to justice. Instead, it is Gabriel Dupon, a modest button salesman who bears a remarkable physical resemblance to Imora, who ends up being taken into custody. Positively identi?ed by Imora’s many victims, Dupon is branded a criminal, and even when he is released by the police through lack of evidence, his reputation is in tatters. END_OF_DOCUMENT_TOKEN_TO_BE_REPLACED

1776. Along with Lithuania and Prussia, Poland has succumbed to the might of the Russian Empire, but a determined resistance movement is working to bring an end to the country’s annexation. A young woman named Sonia is the figurehead of the Polish resistance fighters, but the Empress Catherine II has no fear of her, as she knows that Sonia is of Russian blood – a fact that she asks the Baron de Kempelen to make known to her political enemies. But Kempelen’s allegiances are ambiguous and he appears more preoccupied with the elaborate life-size automata he is working on than the political situation. END_OF_DOCUMENT_TOKEN_TO_BE_REPLACED

Clement Mathieu has written a book, La cage aux rossignols, which recounts his recent experiences as a teacher in a typical French boys’ school. Having tried, in vain, to get the book published Mathieu succeeds in persuading a friend to print it in the newspaper he works for. The story he tells moves the thousands of people who read it, but it has most impact on the woman who is shortly to be his wife. In the 1930s, Clement Mathieu took up a teaching post at a school run with an iron fist by the authoritarian headmaster Monsieur Rachin. END_OF_DOCUMENT_TOKEN_TO_BE_REPLACED

I’m the marquis de Lafayette !
..or La Fayette ,the French spelling.The first thing to bear in mind is that ,at the time,it was the biggest budget France had ever spent for a movie:hence the cast which includes Orson Welles as Franklin -a part he had already played in Sacha Guitry’s “si Versailles m’était conté”-,Vittorio DeSica ,Jack Hawkins ,Edmund Purdom ,Liselotte Pulver;on the other hand,the French stars are not big names: Pascale Audret and Michel LeRoyer were far from being very famous compared with Bardot,Delon,Belmondo,Ventura or Moreau.Other assets were Claude Renoir’s peerless cinematography and a lilting tuneful score . END_OF_DOCUMENT_TOKEN_TO_BE_REPLACED