Synopsis:
Six of seven tourists in a east European castle overnight are victims of a helper of the devil. Is Satan willing to spare their souls? END_OF_DOCUMENT_TOKEN_TO_BE_REPLACED

IMDB:
After studying medicine in France ,David comes back to his native Gabon to treat his compatriots.He meets Oyana ,his former sweetheart ,and both laugh at the old-fashioned traditions .The young physician is sent to the bush where he is to vaccinate the somewhat reluctant population.He meets Rispal, a white man who tells him there are things he ignores in his own country where legends ,witches and superstitions abound.Most amazing thing,this embittered man has a wife,Isabelle ,a beautiful woman who wanders through the bush. END_OF_DOCUMENT_TOKEN_TO_BE_REPLACED 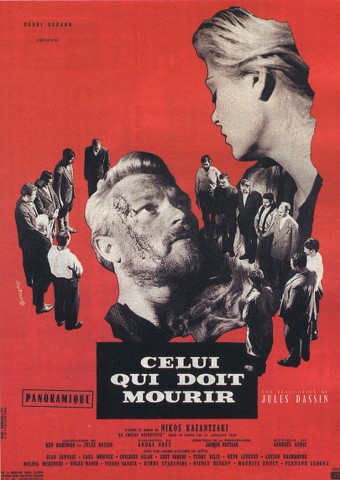 Celu Qui Doit Mourir (He Who Must Die) represented director Jules Dassin’s first professional collaboration with his future wife, Greek actress Melina Mercouri. Filmed on the island of Crete, the story concerns the efforts by the townspeople to stage their annual Passion Play. The priest in charge of the play, anxious not to rock the boat with the occupying Turks, refuses aid and comfort to a rebellious priest from a battle-scarred village. But three townspeople do their best to help the visiting cleric, an act that splits the town right down the middle and forces the previously benevolent Turkish overlord to take decisive action. Melina Mercouri offers a dry run of her Never on Sunday character as the town trollop. END_OF_DOCUMENT_TOKEN_TO_BE_REPLACED