George Simon (played by John Barrymore in a memorable performance) has risen from his poor Jewish immigrant beginnings to become a high-powered lawyer with an office in the Empire State Building. His professional and private lives pass by at breakneck pace, and he hasn’t registered that his blueblood wife Cora (Doris Kenyon) is showing interest in another man, or that his secretary Rexy Gordon (Bebe Daniels) dotes on him. END_OF_DOCUMENT_TOKEN_TO_BE_REPLACED Dr. Henry Jekyll experiments with scientific means of revealing the hidden, dark side of man and releases a murderer from within himself. END_OF_DOCUMENT_TOKEN_TO_BE_REPLACED

Synopsis:
Meg Fairfield (Billie Burke) is set to marry Gray Meredith (Paul Cavanagh), pending a divorce from her first husband, Hilary (John Barrymore), who has spent nearly 20 years in an insane asylum. On Christmas morning, while Meg and Gray are attending church, Hilary returns home, having snapped out of his illness. He is met by his daughter, Sydney (Katharine Hepburn), who is worried she will inherit his mental problems. The Fairfields must decide how Hilary’s arrival will change their plans. END_OF_DOCUMENT_TOKEN_TO_BE_REPLACED

Synopsis:
An honest and naive schoolteacher gets a lesson in how the world works outside the classroom, when a rich Baron and his mistress use the teacher’s name and outstanding reputation in a crooked business scheme. END_OF_DOCUMENT_TOKEN_TO_BE_REPLACED 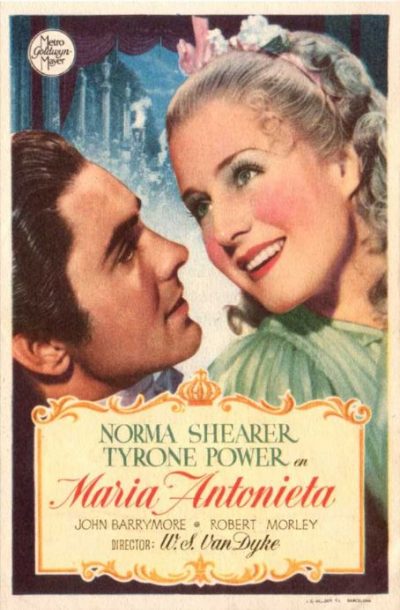 With a seven-figure budget and veteran director W.S. Van Dyke at the helm, MARIE ANTOINETTE is one of the most opulent period dramas produced in the golden era of Hollywood. The film chronicles the life of the 18th-century queen, following her emotional transformation from childhood as a young Austrian princess to her last days in the court of Louis XVI before the French Revolution. Led by the talents of Norma Shearer as Marie, John Barrymore as Louis XVI, and Tyrone Power as Marie’s childhood friend and aspiring lover, Count Axel de Fersen, the film exposes the power plays and chicaneries of the French court, painting the Duke d’Orleans as the villainous source of Marie’s public relations tragedy. With the extravagance of the court matched vociferously by the extravagance of the production, a romantic score by Henry Stothart, and a strong performance from Shearer, MARIE ANTOINETTE is a quality period drama. END_OF_DOCUMENT_TOKEN_TO_BE_REPLACED