Classic British mystery thriller starring Tom Conway as suave gumshoe, Norman
Conquest. After intercepting a secret message, Conquest meets foreign femme fatale,
Nadina Rodin (Eva Bartok), in room 605 of the Park Plaza hotel. When Conquest wakes up
in the room the next morning he is lying next to a corpse and the mysterious Rodin is
nowhere to be seen. Conquest is now the police’s number one murder suspect with
Inspector Williams (Sid James) shadowing his every move. In order to clear his name,
Conquest enlists the help of Pixie Everard (Joy Shelton), but things turn even uglier when
he discovers that the murder is connected to a stash of stolen diamonds. As gun-toting, END_OF_DOCUMENT_TOKEN_TO_BE_REPLACED 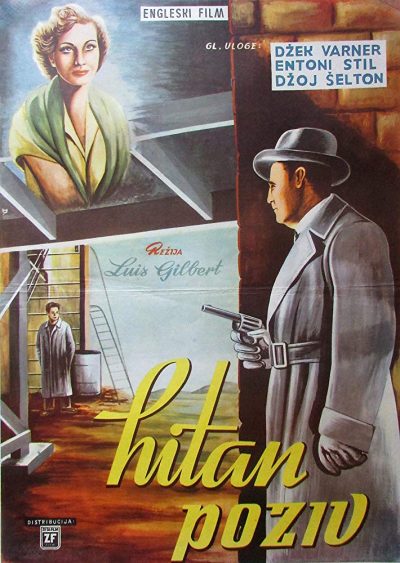 A 5 year old child is diagnosed with Leukaemia, she has only days to live, her only hope being a blood transfusion, for 3 pints of blood, but her blood type is extremely rare, the race is on to find the donors! END_OF_DOCUMENT_TOKEN_TO_BE_REPLACED