This 1981 nihilist epic by Shohei Imamura is witty, grotesque, relentless, and beautifully engineered. The setting is the Edo era, when local warlords battle the emperor for control of the country, and all of Japan is under cultural pressure from its long delayed opening to the West. Political loyalties and personal loves disintegrate; the only certainty is money, and even that is crumbling. Imamura follows eight major characters through a bright, bursting, impossibly dynamic mise-en-scene, leading up to the Eijanaika (“What the hell?”) riots—a frightening, exhilarating explosion of empty freedom, the freedom of those who have lost everything. A very important film, and possibly a great one. END_OF_DOCUMENT_TOKEN_TO_BE_REPLACED

Quote:
“Bitterness of Youth (1974) was Kumashiro’s first non-roman poruno (<– wrong), based on a novel with a family resemblance to Dreiser’s “An American Tragedy “and set in a milieu of imploded student radicalism: A callow law student impregnates the classmate he is tutoring, then dumps her for his wealthy cousin. The most extraordinary scene has the antihero and his ex revisit the ski resort where they began their affair—carrying on in the snow in a long, behavioral sequence that recapitulates their relationship as they roll struggling and screaming downhill toward a raging river.” END_OF_DOCUMENT_TOKEN_TO_BE_REPLACED

Hirobe is a lonely man. After witnessing her girlfriend die with a terminal illness, he wanders through the city like a shadow. One day, he meets Masako and they begin an affair. Masako is in an unhappy marriage with Yazawa, who is also cheating on her with a younger lover. The tension builds up to an unforgiving, yet quiet climax… END_OF_DOCUMENT_TOKEN_TO_BE_REPLACED 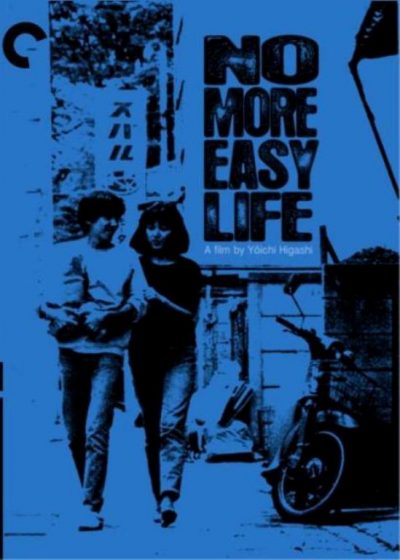 Quote:
Mariko (Momoi Kaori) is living the life of a typical Japanese college student in the 70’s, spending far more of her time balancing boyfriends and part-time jobs than on her schoolwork. She finds herself torn between a former boyfriend (Morimoto Leo) who’s the tough, insensitive-but-sexy, type, and a new acquaintance (Okuda Eiji) who’s more sensitive to her feelings, but who still acts childishly selfish at times. Will she choose one of them, or decide to go her own way? END_OF_DOCUMENT_TOKEN_TO_BE_REPLACED