Quote:
Capone Cries a Lot (カポネ大いに泣く, Kapone ōi ni naku?, aka Capone’s Flood of Tears) is a 1985 Japanese comedy film directed by Seijun Suzuki. It stars Kenichi Hagiwara as a naniwa-bushi singer who travels with his wife to the United States in hopes of achieving fame and fortune. END_OF_DOCUMENT_TOKEN_TO_BE_REPLACED 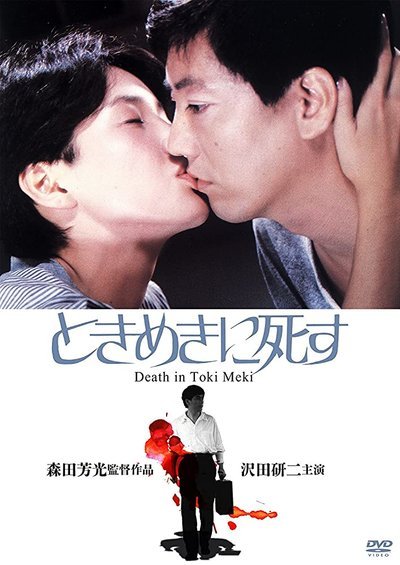 An emotionless hit man is sent on a mission to a remote town. There he stays with a caretaker / driver / servant / doctor who is given minimal instruction over the phone by “the organization.” A prostitute joins them. Death is inevitable, but whose? END_OF_DOCUMENT_TOKEN_TO_BE_REPLACED

SYNOPSIS:
When a gun belonging to a police officer is stolen, it ends up in the hands of a student, who decides to use it on a yakuza who beat him recently. Now the police officer is hot on the student’s trail, and he’s determined to prevent the gun from going off. END_OF_DOCUMENT_TOKEN_TO_BE_REPLACED

Quote:
A school was built on one of the Gates of Hell, behind which hordes of demons await the moment they will be free to roam the Earth. Hiruko is a goblin sent to Earth on a reconnaissance mission. He beheads students in order to assemble their heads on the demons’ spider-like bodies. Hieda, an archaeology professor, and Masao, a haunted student, investigate the gory deaths and eventually battle Hiruko. END_OF_DOCUMENT_TOKEN_TO_BE_REPLACED

Synopsis:
Yumeji is the final film in youth-gone-berserk auteur Seijun Suzuki’s acclaimed Taisho Trilogy. Sensual and absurdist, it spins a ghost story around the character and work of real-life painter and poet Yumeji Takehisa (1884-1934). The eponymous character — conjured by Suzuki as a chronic philanderer and dreamer played by former rock star Kenji Sawada — is plagued with ideals of perfect beauty and the terror of his own demise. He falls in love with women, but can never capture their hearts. He is constantly escaping his rivals, but can never face them down. END_OF_DOCUMENT_TOKEN_TO_BE_REPLACED