Ashes of Paradise (Spanish: Cenizas del Paraíso) is a 1997 Argentine film from director Marcelo Piñeyro. It tells in cutbacks how the untroubled private happiness of a family – a judge and his three grown-up sons – crumbles between loyalty and betrayal, blind trust and suspicions.

The film won several awards, among them a renowned Goya Award, for Best Spanish Language Foreign Film (Mejor Película Extranjera de Habla Hispana). It was Argentina’s official submission for the 1997 Academy Award for Best Foreign Language Film (“Oscar”), but did not receive a nomination for the award. END_OF_DOCUMENT_TOKEN_TO_BE_REPLACED 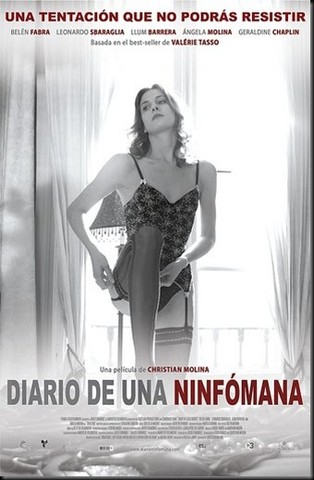 Quote:
A chronicle of the life of a middle-class French girl’s sexual adventures, her then fall into prostitution, and her ultimate redemption

Quote:
Val is an attractive, well educated and well off 28 year old. Whats more shes very sexually liberated and constantly on the hunt for new encounters to satisfy her endless sexual curiosity and desire. She sleeps with whoever she wants, whenever she wants to, ending up making sex into a lifestyle; a lifestyle that leads her to find both love and a career in prostitution. In both she experiences the extreme. END_OF_DOCUMENT_TOKEN_TO_BE_REPLACED