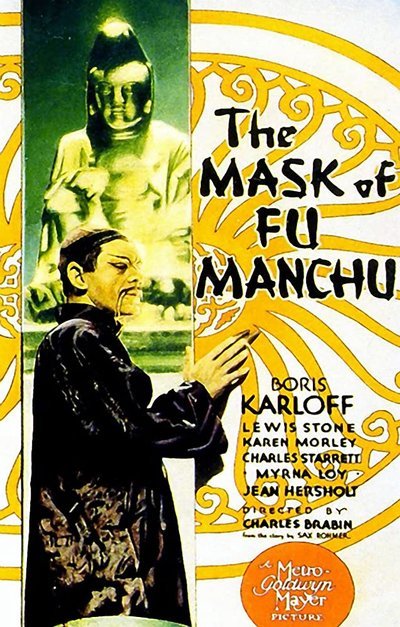 Englishmen race to find the tomb of Genghis Khan. They have to get there fast, as the evil genius Dr. Fu Manchu is also searching, and if he gets the mysteriously powerful relics, he and his diabolical daughter will enslave the world! END_OF_DOCUMENT_TOKEN_TO_BE_REPLACED

Plot: Young Raymond Floriot, following in his father Louis Floriot’s professional footsteps, he now France’s attorney general, has just passed the bar exam. Raymond’s first case, appointed to him by the courts, is a murder case. His pitiful and poor Jane Doe client, who refers to herself only as Madame X, admits to killing the scoundrel of a man named Laroque, but won’t disclose why or in turn defend herself in court. Raymond knows nothing of her past, which includes once being a woman of class, married to man of prestige. But that marriage ended because he treated her without love, which resulted in her leaving him for another man, who in turn passed away shortly thereafter. END_OF_DOCUMENT_TOKEN_TO_BE_REPLACED 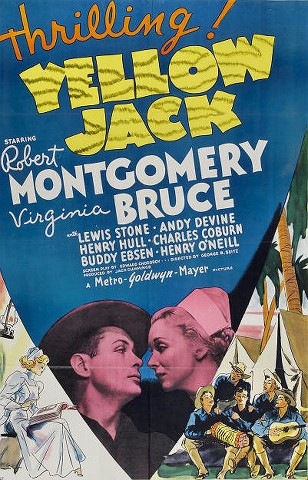 This intelligent drama follows a group of medical scientists as they attempt to find the cause behind the dreaded yellow fever. It is just after the Spanish-American War, and Stone (playing Major Walter Reed) is head of a medical staff stationed in Cuba. Convinced he has found the carrier of yellow fever (nicknamed “yellow jack” by the men), Stone needs five volunteers from the US Army to serve as human guinea pigs. Montgomery heads up the enlisted volunteers, understanding well the unknown dangers of what he is about to undergo. Montgomery is bitten by some mosquitos carrying the yellow fever; three others stay in a “dirty room;” the fifth must sleep in the bed of a dead yellow fever victim. The film wisely concentrates on the ordeals of the five volunteers. This is a story filled with tension and suspense, backed by an underlying humanity. Montgomery (taking the role created on Broadway by James Stewart) is excellent as the lead volunteer, projecting a stoic image as he submits to the unknown. The film is slightly marred by an unneeded romance between Montgomery and camp nurse Bruce. Their scenes together, though well played, seem out of place and detract from the already strong drama. The ensemble is a good one, with Stone, Devine, and Ebsen particular standouts. END_OF_DOCUMENT_TOKEN_TO_BE_REPLACED