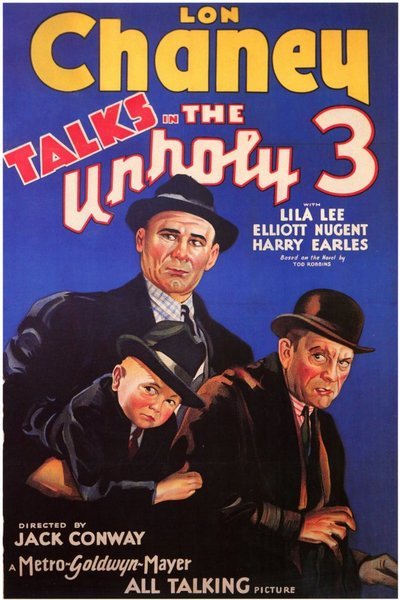 In his last film – and only Talkie – Lon Chaney recreates one of his famed Silent roles: the scheming ventriloquist Prof. Echo. Disguised as Grandma O’Grady, Echo heads a robbery ring that includes a feeble-minded strongman and a cigar-chomping little person, the latter masquerading as Grandma’s grandbaby. Known as the Man of a Thousand Faces, Chaney here displays a different kind of virtuosity as well, creating five different voices to portray Echo, Grandma, a parrot, a girl and Echo’s dummy. A big hit directed by Jack Conway, The Unholy Three promised to launch Chaney as a major Sound Era star. He was slated to play the title role in Tod Browning’s Dracula, but it was not to be. Chaney died only weeks after The Unholy Three premiered. END_OF_DOCUMENT_TOKEN_TO_BE_REPLACED 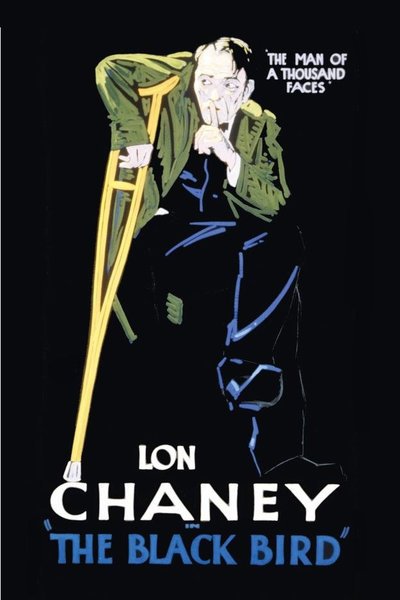 Two thieves, the Blackbird and West End Bertie, fall in love with the same girl, a French nightclub performer named Fifi. Each man tries to outdo the other to win her heart. END_OF_DOCUMENT_TOKEN_TO_BE_REPLACED At the Opera of Paris, a mysterious phantom threatens a famous lyric singer, Carlotta and thus forces her to give up her role (Marguerite in Faust) for unknown Christine Daae. Christine meets this phantom (a masked man) in the catacombs, where he lives. What’s his goal? What’s his secret? END_OF_DOCUMENT_TOKEN_TO_BE_REPLACED

For 18 years Phroso, known as Dead Legs by his cronies, plots his revenge, becoming a pseudo-king in East Africa, nearby where Crane has set up an ivory business. When the daughter is grown, having lived in a brothel in Zanzibar thanks to Dead Legs, Phroso put his plan into action, resulting in revenge and retribution all around. END_OF_DOCUMENT_TOKEN_TO_BE_REPLACED

Lon Chaney — the Man of a Thousand Faces — used his makeup skills, astonishing physicality and profound empathy to create Quasimodo, the Phantom of the Opera and more of the Silent Era’s greatest horror roles. In this hypnotic mix of creepiness and crime, he plays a ventriloquist who dons a granny disguise to team with a strongman and a little person in a bizarre robbery scheme that ends in murder. The film marks an even more fateful alliance than that of the Unholy Three: the collaboration between Chaney and director Tod Browning, who would helm seven more Chaney movies before making Sound Era horror history with Dracula and Freaks. END_OF_DOCUMENT_TOKEN_TO_BE_REPLACED

Quote:
A criminal on the run hides in a circus and seeks to possess the daughter of the ringmaster at any cost. END_OF_DOCUMENT_TOKEN_TO_BE_REPLACED