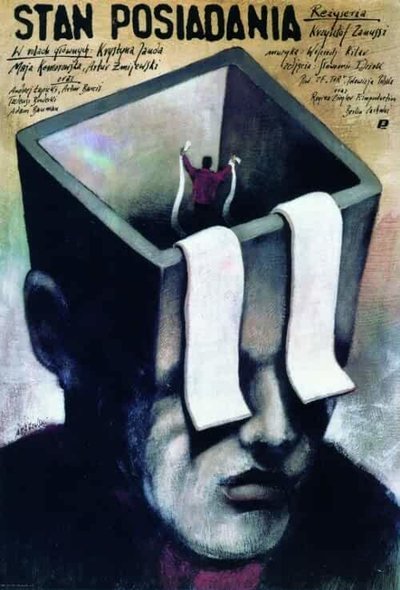 Synopsis:
Difficulty of human relations in a 3-cornered tale: a neurotic woman, idealistic young man and his mother. Tomek is a clean-cut, high-minded geography student. He lives with his mother Zofia, a sensitive, practicing Catholic, like her son. When he meets Julia, a depressed woman older than he, he first tries to comfort her, then invites her to stay with him and his mother. Tomek makes a trip to West Berlin to visit his well-off father. He refuses to take money from him and looks for work as a house painter. Julia ends up in a rest home for treatment, while Tomek is trying to make their relationship work. END_OF_DOCUMENT_TOKEN_TO_BE_REPLACED

Quote:
Set in the late ’20s. A thirtyish young man, who heads a small factory, faints at the funeral of a close friend. He decides to go home to his aunt and uncle for a while, but gets involved with a family of five women who had been in love with him at one time though he had apparently loved only one, who, unknown to him, has died since his departure. The women are mainly disillusioned with life or estranged from husbands while the youngest has a crush on him. END_OF_DOCUMENT_TOKEN_TO_BE_REPLACED

Rose, an older woman living in Paris was born in Poland as a daughter of an aristocratic family. Her family house is now an impoverished home for the old people. Rose visited her property many times since the Berlin Wall collapsed and this time she arranged a meeting with an old palace employee, who earned big money having run a greenhouse business. Nevertheless, it remains a secret where the money to start this business came from. Not having a chance to speak to the employee, Rose meets his granddaughter – Jola – and enjoying her company, invites her to visit Paris. As Jola arrives in Paris, she gets acquainted with a young Arabian with whom she falls in love. END_OF_DOCUMENT_TOKEN_TO_BE_REPLACED

In what appears to be an inexplicable incident, a man drives up to a resort hotel in midwinter, throws away his car keys, enters, and proceeds to agitate everyone he meets with his urgency — a message he is somehow unable to communicate. Then he leaves, disappearing in the snow. Later, the people he appeared to have upset have gathered to search for him and find him frostbitten, but alive. Visiting him at the sanatorium to which he has been taken, they gradually discover what was really happening. END_OF_DOCUMENT_TOKEN_TO_BE_REPLACED

Plot Synopsis from allmovie.com
Hungarian director Istvan Szabó’s 1976 feature Budapest Tales (AKA Budapesti mesék) unfolds in a purely allegorical, dreamlike realm, rich with indigenous symbolism. Following some great catastrophic onslaught – its exact nature unknown – a number of individuals emerge from hiding and discover a dilapidated old trolley car awash on a river bank. They instinctively begin loading all of their worldly goods onto the vehicle and pushing it along its tracks, destination unknown. In time, even the concept of a destination becomes secondary to the trek itself, and a number of key events befall the passenger/participants: a few lose all energy and fall by the wayside; the travelers run headfirst into a river that runs across a section of track, and must break the trolley down and move the pieces across, one at a time; occasional accidents and calamities arise, including the arrival of brigands. END_OF_DOCUMENT_TOKEN_TO_BE_REPLACED 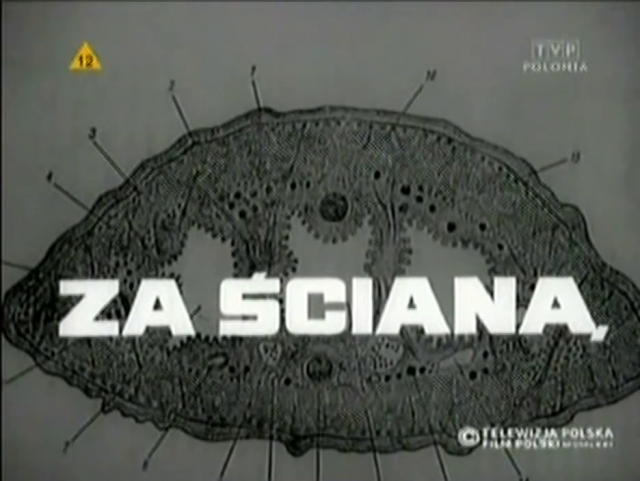 Jan is a young assistant professor in chemistry and a workaholic, whose entire life is dedicated to study and advancement to full professorship. Anna is an unsuccesful science writer who turns to Jan for advice and human compassion in a critical moment of mental confusion and nervous exhaustion. Jan, absorbed with his career, remains immune to Anna’s clumsy efforts to pierce his defences. Affrayed by her ultimate plea for an embrace, he escapes to his own quarters. In the end Anna makes an unsuccesful suicide attempt and he visits her in the hospital. END_OF_DOCUMENT_TOKEN_TO_BE_REPLACED