Tina is a young warehousewoman in a supermarket. She is in love with Fred but still lives at her mother Nadine’s. When Nadine dies, Tina looks for meeting her father Ludovic, who she never knew. But she first meets her half-sister Lise, and Constantin, the unusual Ludovic’s lawyer. END_OF_DOCUMENT_TOKEN_TO_BE_REPLACED 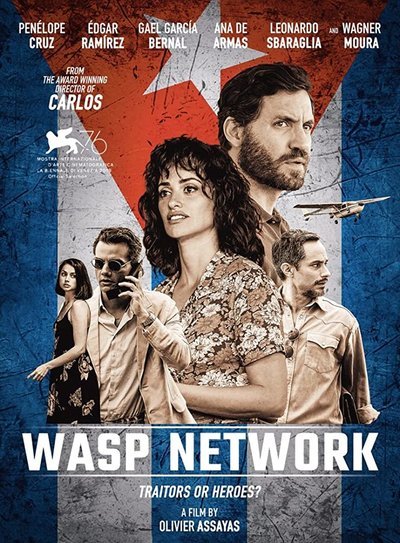 Quote:
Based on a true and gripping story: Cuban spies infiltrate exile groups in the 1990s to stop terrorism against the island, but at a high personal cost. END_OF_DOCUMENT_TOKEN_TO_BE_REPLACED

Quote:
Olivier Assayas directed this French drama, examining several relationships over a year’s span, capturing varying textures and shades of feeling between people from late August of one year until early September of the next. Gabriel (Mathieu Amalric) and Jenny (Jeanne Balibar) separate, despite the affection that still binds them. A new love develops between Gabriel and young designer Anne (Virginie Ledoyen) as they overcome their fears and uncertainties. END_OF_DOCUMENT_TOKEN_TO_BE_REPLACED

Quote:
Twenty years after David Cronenberg prophesised the dark side of the Internet age in Videodrome, acclaimed French filmmaker Olivier Assayas (Irma Vep) updated it for the New Millennium in his startlingly prescient Demonlover, a chilling exploration of the nexus between sex and violence available at the click of a button. END_OF_DOCUMENT_TOKEN_TO_BE_REPLACED

The story: Nineteen-year-old Adrien comes back to his father’s flat to live; the two haven’t seen each other in three years. Clement has a teenage girl living with him who is using heroin. Louise, the girl, at first rejects Adrien, then later falls in love with him. An unstable situation becomes worse as we learn that Adrien is sought by the police for theft. END_OF_DOCUMENT_TOKEN_TO_BE_REPLACED

Various – Chacun son cinema aka To Each His Cinema (2007)

A collective film of 33 shorts

Review:
The specter of the death of cinema and the communal movie experience hangs like an ironic shroud over “To Each His Own Cinema,” a mostly engaging compilation of 33 three-minute films made by leading international auteurs on the occasion of the Cannes Film Festival’s 60th birthday. Venture was conceived and produced by fest prexy Gilles Jacob as a way to celebrate the cinema rather than Cannes per se, and the directors were asked only to express “their state of mind of the moment as inspired by the motion picture theater.” Collection was televised throughout France on Canal Plus simultaneously with its Cannes preem and will be released on DVD in Gaul on May 25. END_OF_DOCUMENT_TOKEN_TO_BE_REPLACED 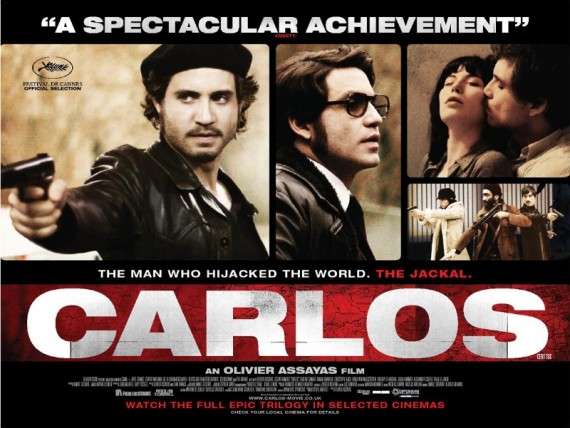 Review:
A television production in format but not form, Olivier Assayas’ ambitious Carlos spans many years and many hours in recasting the life story of Venezuelan terrorist Carlos the Jackal. With a script that hews closely to the facts of the life of Illch Ramírez Sánchez (who adopted the “Jackal” moniker once he became a revolutionary), this action-oriented drama finds its talented director in territory that he recently explored with his similarly themed, but entirely fictional, works Boarding Gate and demonlover. Just as those two movies depicted espionage as a globalized phenomenon, Calros shows the international face of terrorism. Like those movies, this globe-trotting epic has as many scenes set in anonymous airports as in identifiable cities. Even more peculiarly, though, like those genre exercises, Carlos offers a kinky combination of sex and guns that, making this more titillating and exciting than standard biopic fare. END_OF_DOCUMENT_TOKEN_TO_BE_REPLACED