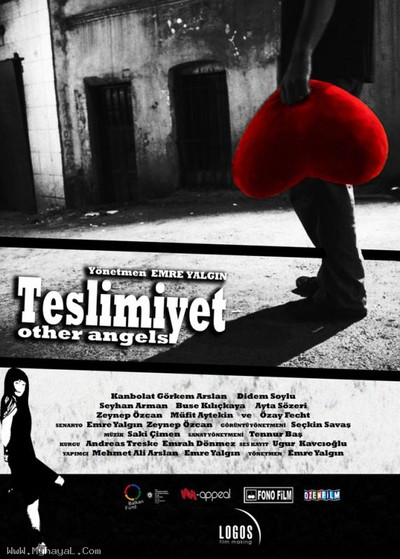 Plot
Sanem is a working girl sharing a flat with three transvestites in Istanbul. Every day she dreams of a savior who will take her away. One day a young man named Gökhan moves into the neighborhood, and soon Sanem attracts his attention. This will be the beginning of a journey during which both will question each other and their choices in life. END_OF_DOCUMENT_TOKEN_TO_BE_REPLACED

Brief Synopsis
Based on an autobiographical novel, story of the four year exile (1922-26) from his Turkish homeland of early European ecologist Cevat Sakir (1890-1973).

Quote:
Based on the true story of Cevat Şakir, a Turkish writer who, just after Turkey’s defeat in World War I, fell foul of the authorities when he wrote about deserters from the army. At first sentenced to hang, he was later sent to a distant part of the country to serve a prison sentence and eventually allowed to live in a rented house. END_OF_DOCUMENT_TOKEN_TO_BE_REPLACED

The title Forty Square Meters of Germany refers to the shabby apartment where 90% of the film takes place. Ozay Fecht stars in this emotionally-charged drama as an impressionable Turkish girl named Turna, who is taken in by the tall tales spun by migrant worker Dursun (played by Yaman Okay), whom she marries and follows to Germany. But the young bride’s hopes for a better life in Germany are abruptly dashed. END_OF_DOCUMENT_TOKEN_TO_BE_REPLACED