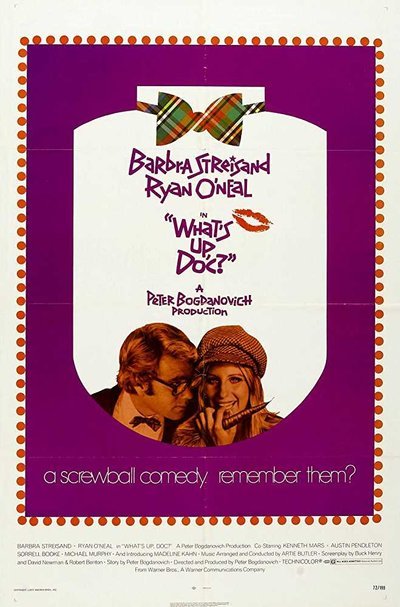 Synopsis:
Two researchers have come to San Francisco to compete for a research grant in Music. One seems a bit distracted, and that was before he meets her. A strange woman seems to have devoted her life to confusing and embarassing him. At the same time a woman has her jewels stolen and a government whistle blower arrives with his stolen top secret papers. All, of course have the same style and color overnight bag. END_OF_DOCUMENT_TOKEN_TO_BE_REPLACED

A good programmer, within low budget limitations, about a sniper and his innocent victims. A separate, concurrent sub-plot features Boris Karloff as a horror film star who feels he is washed up. Both plot lines converge in an exciting climax. END_OF_DOCUMENT_TOKEN_TO_BE_REPLACED

Description: They All Laughed is less a comedy than an extended love letter—there’s a rambling, awkward tone to the film, and in places it’s so unabashedly personal that certain viewers may flinch from the self-exposure. Ritter’s character is openly a Bogdanovich surrogate—he even wears the director’s trademark horn-rimmed glasses, and he helps Stratten escape an overbearing, jealous husband. The romance between Hepburn and Gazzara is rooted in their real-life affair, and the regret felt by Hepburn’s character references her own status as an aging star. And though the humor in the film is squarely in the neo-screwball style of What’s Up Doc—lightning-quick dialogue, pratfalls, double-takes, blink-and-you-missed it innuendo—They All Laughed, with its sudden shifts in tone and lack of conventional narrative, moves that style into the realm of the European art film. END_OF_DOCUMENT_TOKEN_TO_BE_REPLACED

Plot Synopsis by Clarke Fountain
This documentary profiles the great American filmmaker John Ford (1895-1973). Among the films he directed were The Young Lincoln, Stagecoach, The Man Who Shot Liberty Valance, and The Grapes of Wrath. Ford’s work was distinguished by its great emotional clarity, which some see as sentimentality, and storytelling which evokes and defines what it is to be American. The film features interviews with Ford and with many of his stars, as well as exemplary clips from his films. Many of Ford’s films were westerns, and interviews with him are filmed in Monument Valley, one of his favorite film settings. It is narrated by director Peter Bogdonavich, whose own work shows Ford’s influence. Among the actors interviewed are John Wayne, Jimmy Stewart and Henry Fonda. END_OF_DOCUMENT_TOKEN_TO_BE_REPLACED

Description: Miranda “no relation” Presley is a singer-songwriter from New York City who comes to Nashville to make it big in country music. As do 10,000 fellow hopefuls. After arriving in the Music City after a long bus ride, Miranda makes her way top the Bluebird Cafe, a local watering hole with a reputation as a showcase for new talent. The bar’s owner, Lucy, takes a shine to the plucky newcomer, and gives her a job as a waitress. Miranda befriends three fellow hopefuls: shy Connecticut cowboy Kyle, Southern belle Linda Lue and James Wright, a cocky Texan with brooding good looks and a tormented artist attitude. A love triangle between Miranda, Kyle and James ensues. Together they embark on a rocky ride down Music city´s well-worn highway of hope, heartbreak and the thing called love. END_OF_DOCUMENT_TOKEN_TO_BE_REPLACED 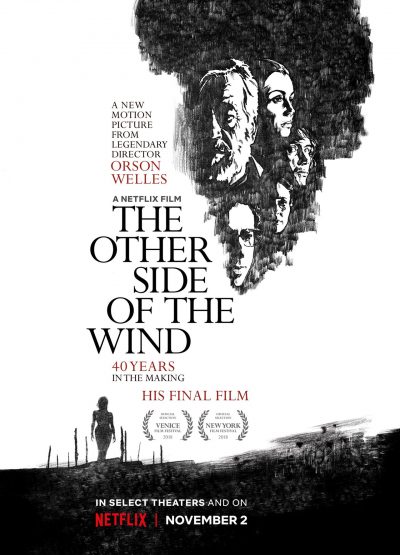 Quote:
It’s a film about an unfinished film – and it looks as if it may never be finished. The Other Side Of The Wind was made by Orson Welles in the early 1970s. The New York Times published a story in late 2014 suggesting that the film would soon be ready. In 2015, a crowdfunding campaign raised more than $400,000 (£304,000) for the project. Earlier this year, there were reports that Netflix was ready to put up $5m to fund the completion of the movie and to distribute it worldwide. END_OF_DOCUMENT_TOKEN_TO_BE_REPLACED

Quote:
After a couple of major studio flops, Peter Bogdanovich returned to his 1960s filmmaking roots with this Roger Corman-produced low budget film. Easygoing expatriate Jack Flowers (Ben Gazzara) makes his living in early-1970s Singapore legally and illegally looking after the needs of American and British businessmen, such as the mild-mannered William Leigh (Denholm Elliott). With his gift for putting clients and girls at ease, Jack opens a successful brothel, but pressure from local mobsters soon puts him out of business. Ever the survivor, he starts working for the shady, Cuban-cigar-smoking Eddie Schuman (Bogdanovich) as a pimp for GIs on breaks from Vietnam. But Jack’s conscience starts to dog him when Schuman hires him to take compromising pictures of a visiting Senator (George Lazenby). Adapted by Bogdanovich, Howard O. Sackler, and Paul Theroux from Theroux’s novel, Saint Jack offers a pimp with a heart of gold, who is less an ugly colonial American abroad than an outsider trying to make the best of a bad situation. END_OF_DOCUMENT_TOKEN_TO_BE_REPLACED