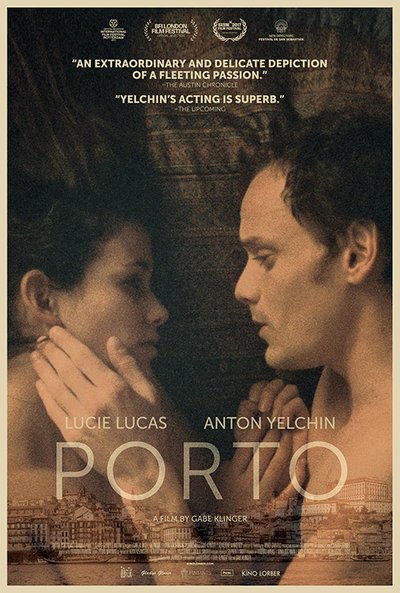 Quote:
Gabe Klinger’s Porto deals with the post-one-night-stand fallout between an American drifter working abroad, Jake (Anton Yelchin), and a forlorn French woman, Mati (Lucie Lucas). Less a city symphony than a muted impressionist painting of urban drifting, the film takes place within the shadowy side streets, modest corner bars, and nondescript 24-hour diners of the eponymous northwest Portuguese city, where Jake is burning time as a manual laborer and flannel-clad somnambulist. Wandering one night, Jake spots Mati and strikes up an exchange, which leads to a charged evening that gets played and replayed throughout the film, each time at slightly greater length and with a different emotional inflection. Stitching these sense memories together are jazz piano-backed montages of a disappointed Jake stumbling around their earlier haunts as though in a Resnais-like time loop. END_OF_DOCUMENT_TOKEN_TO_BE_REPLACED 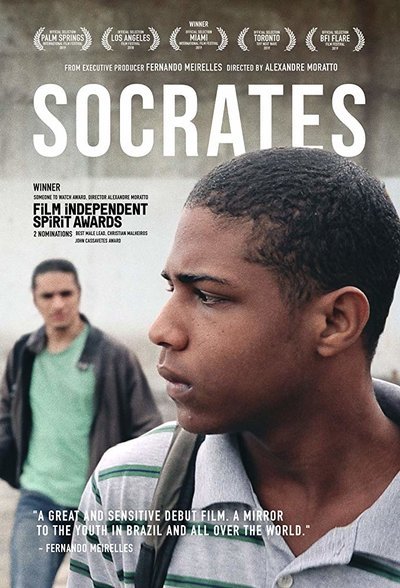 Quote:
After his mother’s sudden death, Socrates, a 15-year-old living on the margins of São Paulo’s coast, must survive on his own while coming to terms with his grief. END_OF_DOCUMENT_TOKEN_TO_BE_REPLACED 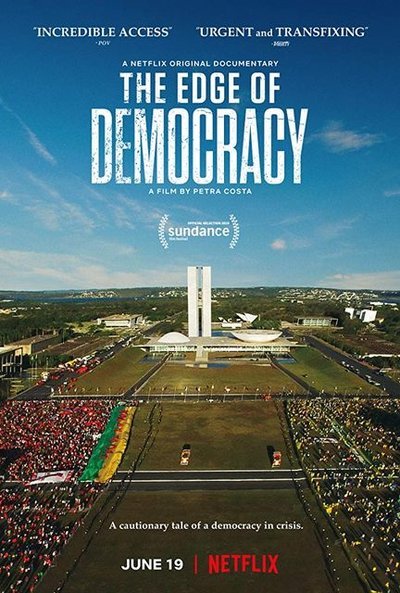 Synopsis:
A cautionary tale for these times of democracy in crisis, the personal and political fuse in The Edge of Democracy to explore one of the most dramatic periods in Brazilian history. Combining unprecedented access to Presidents Lula da Silva and Dilma Rousseff with accounts of her own family’s complex political and industrial past, filmmaker Petra Costa (Elena, 2012) witnesses their rise and fall and the tragically polarized nation that remains. END_OF_DOCUMENT_TOKEN_TO_BE_REPLACED

In a natural crisis scenario, the entire population of Azores is forced to evict due to an uncontrolled plague of hydrangeas, a common flower in these islands. Two young soldiers, bound to the beauty of the landscape, guide us to the stories of sadness of those forced to leave and the inherent desire to resist by inhabiting the islands. The filmic wandering becomes a nostalgic and political reflection on territorial belonging and identity, and the roles we assume in the places we came from. END_OF_DOCUMENT_TOKEN_TO_BE_REPLACED

Quote:
In 1992 Oliveira made O Dia do Desespero, which deals with the last days and suicide of Romantic novelist Camilo Castelo Branco and is based largely on the writer’s letters. Most of it was filmed in the house where Castelo Branco in fact committed suicide. The film opens, midway through the credits, with a 50-second static shot of a pen-and-ink portrait of the writer. Other portraits, always shot with a static camera, punctuate the film’s narrative, lending it a documentary tone from the outset. END_OF_DOCUMENT_TOKEN_TO_BE_REPLACED

The legendary Cinema Novo director Joaquim Pedro de Andrade made his feature debut with this mesmerizing 1962 documentary about an even greater Brazilian legend: Mane Garrincha, the phenomenal striker from a desperately poor village who somehow turned his bent and misshapen knees into a remarkable asset. Joaquim Pedro’s work has the hallmarks of an essay film. It makes the methodical case for the role of soccer in the lives of Brazilians, and then tries to place Garrincha — who stuck to his provincial roots and beliefs even after achieving superstardom — within the context of a country struggling to find its place in the world.
— Bilge Ebiri (The Village Voice) END_OF_DOCUMENT_TOKEN_TO_BE_REPLACED

A brief piece on one of the greatest Brazilian artists of all time, Antônio Francisco Lisboa, the Aleijadinho. An important representant of the Baroque period in Brazil, Aleijadinho was famous for his artistic sculptures and figures made in soapstone, part of the many historical churches and other architetural monuments all located in Minas Gerais. END_OF_DOCUMENT_TOKEN_TO_BE_REPLACED