Synopsis:
Aggrieved at the outcome of the senseless American Civil War, Colonel Jonas, the impenitent and war-seasoned Confederate commander of the Hellbenders battalion, envisions of reviving the Confederacy to be finally victorious. To fund his audacious plan, the Colonel along with his three sons manages to massacre an entire regiment of unsuspecting Union Soldiers who transport millions in banknotes and crams the cash in a wooden coffin. With the intention of riding all the way to Hondo River without raising suspicion, Jonas hires Claire, an alcoholic dance-hall girl, to pose as the widow of the deceased man in the coffin, however, the road is long and perilous, and there’s already a warning about the cruel gang who slaughtered the soldiers. Do the remaining Hellbenders have a chance of reaching their goal? END_OF_DOCUMENT_TOKEN_TO_BE_REPLACED

Synopsis:
Arms dealer Yolaf Peterson aims to make a sale to guerilla Mongo, but the money is locked in a bank safe, the combination known only to Professor Xantos, a prisoner of the Americans. Yolaf agrees to free Xantos, accompanied by reluctant guerilla Basco, but a former business partner of Yolaf’s- John ‘The Wooden Hand’, has other ideas. END_OF_DOCUMENT_TOKEN_TO_BE_REPLACED

Plot:
A few days before Commissioner Ambrosio’s holiday, an unusual bank robbery takes place opposite his house. Then a playboy dies in a car “accident” that points to murder. The Inspector finds that his chief witness, a timid violinist and his drug-addicted daughter were closely involved with the victim. Can he “clear his desk” in time for his well-earned break? END_OF_DOCUMENT_TOKEN_TO_BE_REPLACED

Johnny Hallyday plays Hud, a dressed all-in-black gunman extraordinaire who returns to the town of Blackstone to seek out the men responsible for the lynching of his brother.
Seems someone robbed the bank in Blackstone of every penny. His brother got the blame. The money is still missing.
But lots of people are looking for it, including a Mexican bandit named El Diablo (Mario Adorf), the businessmen of Blackstone who lost all of their savings, and Virginia Pollywood (Francoise Fabian), the lady bank owner who tells Hud no one trusts her anymore. END_OF_DOCUMENT_TOKEN_TO_BE_REPLACED

Joe (Burt Reynolds), is the sole survivor after Duncan (Aldo Sambrell), and his gang of bandits slaughtered everyone of his tribe including his wife. Duncan’s gang collects all their scalps and tries to sell them at a near by town. The sheriff and his deputy try to arrest Duncan’s gang, but Duncan has other plans and has them killed. In the Salon watching the shoot out is Dr. Chester Lynne who offers Duncan the chance to become rich. There is a train coming into to town with a lot of gold and if Duncan’s gang helps Dr. Lynne by holding up the train he will split the gold with them. Joe has been tracking Duncan and his boys since the murdered his wife and he will spoil there plan by stealing the train with the gold and returning it to the town’s people. Dr. Lynne offers to get help we the town hears Duncan’s boys are there way to take back the gold and kill everyone in town. Joe Knows that Dr. Lynne has a side deal with Duncan’s gang so Joe offers to protect the town if every one of them pay him one dollar each per head for each man he kills. END_OF_DOCUMENT_TOKEN_TO_BE_REPLACED

Synopsis:
A coffin-dragging gunslinger and a half-breed prostitute become embroiled in a bitter feud between a Klan of Southern racists and a band of Mexican Revolutionaries. END_OF_DOCUMENT_TOKEN_TO_BE_REPLACED 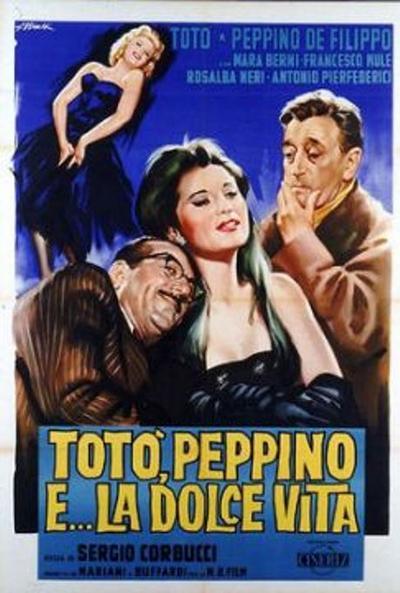